"I told him I've been married three times. But I got it right when I married his mother," the actor wrote on Twitter

Johnathon Schaech had some explaining to do recently.

On Wednesday, the Legends of Tomorrow actor, 51, shared a photo from his wedding to country singer Jana Kramer on Twitter — revealing that he recently "had to explain" the shot to his 7-year-old son, Camden Quinn.

"I told him I've been married three times. But I got it right when I married his mother," Schaech wrote alongside the photo. "@kramergirl and I lasted a week. We weren't meant but for this photo and friendship."

From 55 Hours to 8 Months — All of Hollywood's Shortest Marriages

Schaech responded to a follower who said he hopes there are still "nice memories" from his wedding day with Kramer, saying, "Nope."

"Life's a lonely, winding ride Better have the right one by your side," he followed up. "And happiness don't drag its feet And time moves faster than you think."

He and Kramer, 37, broke up just one month after getting married in 2010. The actor opened up about the failed marriage to the country singer in a Reddit AMA in December.

"Jana and I had a wedding but we were never married. It simply came down to this: She wasn't ready to be married," explained Schaech in response to a fan question. "She wanted a singing career and that was what she was focused on."

Noting that Kramer has remarried and shares a daughter with husband Michael Caussin, Schaech said that his ex "could be the fastest success ever in country music" and is "happy finally."

"Welcome to the world," Schaech said in a birth announcement video at the time, which was captioned, "I'm in #love."

"We are calling her Lily Jo," Schaech previously told PEOPLE about his daughter, who weighed 7 lbs. 8 oz. and measured 20 inches long at birth.

The star also shared moments from Solomon's home birth in Nashville on Instagram Story, concluding the series of photos with a sweet mother-daughter image.

"This was our first home birth experience and it was wonderful. With Camden, Julie had a natural childbirth at Cedars but not at home," Schaech told PEOPLE. "During the home birth, we felt so supported by our midwife Sheryl and her team, our Doula Joy and Julie's mom. It was perfect!" 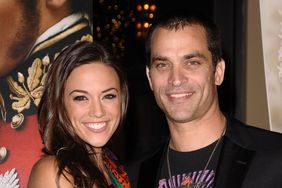 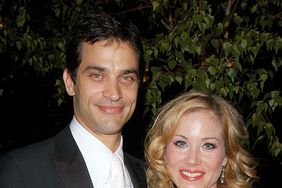