John Travolta is kicking off the new year with a bold new look.

The Gotti actor, 64, shared a photo of himself alongside his 18-year-old daughter Ella Bleu, revealing he has shaved his head.

Travolta captioned the snap of him and his daughter ringing in the new year, “I hope everyone had a great New Year!”

While it’s unclear if Travolta is prepping for a role, it is clear his fans approve of the new ‘do.

“I gotta say #JohnTravolta looks great as a bald dude,” one user tweeted.

“John Travolta is now bald and he definitely pulls it off…. ” while a different person tweeted.

His new hairstyle is completely different from his well-known, slicked-back mane from 1978’s Grease or his shoulder-length hair in Quentin Tarantino’s Pulp Fiction.

If it is for a role, this wouldn’t be the first time Travolta’s transformed his look for a movie. The actor changed his appearance to portray Robert Shapiro in Ryan Murphy’s American Crime Story: The People v. O. J. Simpson.

However, Travolta’s most drastic transformation of all is perhaps his role as Edna Turnbald in the 2007 adaptation of Hairspray.

Travolta took audiences by surprise when he played the seamstress and mother of Tracy Turnbald (Nikki Blonsky).

Travolta took inspiration from women he grew up admiring such as Sophia Loren, Marilyn Monroe and Elizabeth Taylor, the actor told ABC News.

“Instead of going the Vegas way with it, I decided to go that kind of real, kind of sexual woman, as opposed to a grandma,” Travolta told the outlet. 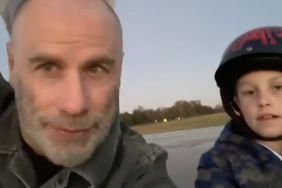 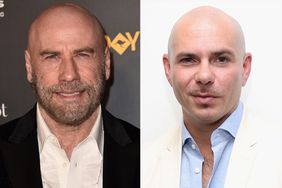