Titled Get Lost, the film stars Ella Travolta as Alicia/Alice, who "goes on a mind-bending overnight adventure in Budapest which magically turns into Wonderland," according to an IMDb synopsis

Ella Travolta is ready to make her starring-role debut on the big screen!

The daughter of John Travolta and the late Kelly Preston is set to appear as Alicia/Alice in Get Lost, a modern-day retelling of the classic Alice in Wonderland story.

"While backpacking through Europe with her boyfriend, Alicia/Alice encounters mysterious William/Mad Hatter, an expat from London aristocracy, and goes on a mind-bending overnight adventure in Budapest which magically turns into Wonderland," the film's synopsis reads on IMDb.

John, 67, couldn't help but express his pride over Ella, 21, taking on the role, writing Thursday alongside a photo of the young actress in costume, "Here's my daughter Ella starring in a live action re-imagining of Alice in Wonderland! Called, 'Get Lost.' "

"Ella was the sweetest, at the Cabo Wabo a few months back. Naturally beautiful, relaxed, elegant and I know she's a superstar like [her] dad," added the musician, 73.

Ella also shared a video from overseas to her Instagram account, revealing she was "here in beautiful Budapest, Hungary, filming the modern-day reimagining of Alice in Wonderland called Get Lost."

"I'm so excited to be here — amazing cast, amazing crew. I can't wait to share it with you guys, and I'll keep you posted," she promised.

To help prep for her dramatic role as a young widow in the latter film, Ella turned to her father for acting advice on set.

"It helped so much having my dad there," she told PEOPLE in 2019. "It was so comforting and he's the best mentor ever."

Preston — who died of breast cancer last year at the age of 57 — had also been a go-to for acting wisdom, as well as life lessons: "When I have any questions, my mom and dad have the best advice, and that's amazing … I love that it's sort of the family business!" 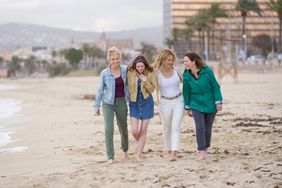 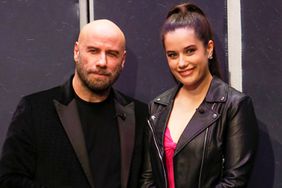 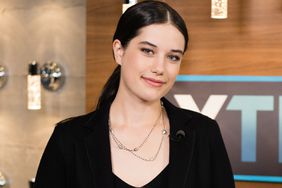 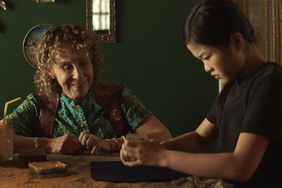 Ella Travolta 'So Happy and Excited' to Release Her First Song, 'Dizzy' 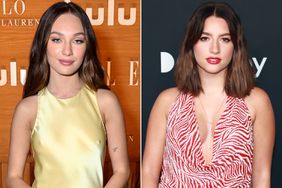