A Quiet Place fans are going to get to explore the sound-less universe a bit more in the upcoming sequel.

Original star, writer and director John Krasinski is officially writing a sequel to the blockbuster horror hit that put him on the map as a director — and it’ll be slightly different than the first one. The actor teased his idea for the sequel in a new interview he did with Deadline along with wife and Quiet Place costar Emily Blunt.

“The idea for it is pretty simple,” Krasinski, 39, said of the sequel. “I’m writing now — I don’t have it fleshed out — but the thought that occurred to me, that really excited me about it, was that most sequels are about the return of a hero or a villain. You take this character that people loved once and you bring them back, and you have to create a new world around them. We have the exact opposite setup. We have the world, and you can drop whoever you want into that world and everyone feels connected to it.”

Even though he’s excited about the idea, Krasinski has previously admitted that he didn’t intend on making a sequel or even come back to write it if it happened. But then the story called him back.

“The reason I decided to go back, in the end, was this world is so rich, and it’s so much fun to explore,” he explained. “There are so many different things to see now. Everyone else in the world is experiencing this, so I’m curious to see what that looks like from another perspective.”

But will he also come back as the monsters? After keeping it quiet for months after the movie’s release, Krasinski revealed on Jimmy Kimmel Live! that he also played the sound-sensitive monsters in the hit movie.

“Nobody knows it because I’ve kept it quiet,” Krasinski told pal and host Jimmy Kimmel.

Of course, Kimmel was prepared — with a photo of Krasinski in a full-body motion capture suit on set. According to Krasinksi, the whole thing came about when technicians at Industrial Light and Magic asked the Office alum how he envisioned his movie’s monsters moving. 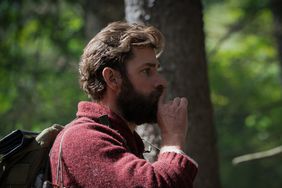 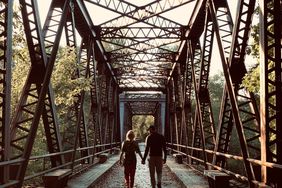 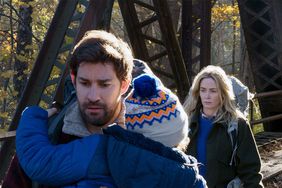 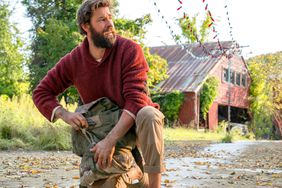 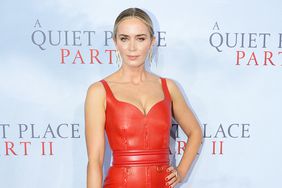