Not even Bradley Cooper is above a little stage fright.

The actor, who was up for three Oscars at the 91st Academy Awards for A Star Is Born, impressed the crowd with an intimate performance of “Shallow” with costar Lady Gaga – but not before receiving a word of advice from Jennifer Lopez.

“He seemed a little nervous,” Lopez revealed in an Instagram Live with boyfriend Alex Rodriguez Sunday night. “I just whispered, I said, ‘The song is so beautiful. When they hear the first few notes, they’re going to start applauding. So don’t worry. Just deliver the song.’ He was like, ‘I got it, I got it, okay.’”

Lopez, who was on hand at the ceremony to present alongside Chris Evans, gushed over the pair’s “amazingly beautiful, intimate performance” and said it was “so special” to have a front-row seat to the magic.

The World of Dance judge, 49, added that she thought the night’s toughest category was Best Actor, which eventually went to Bohemian Rhapsody’s Rami Malek.

The Internet Freaked Out About Lady Gaga and Bradley Cooper’s ‘Shallow’ Performance: Check Out the Best Reactions

“Anyone could have won and it would have been like, ‘Oh yeah, of course,’” she said.

The “Bad Romance” singer, 32, seemed pleased by the performance too, as she wrote on Twitter Monday, “Nothing could be more special than sharing this moment at the Oscars with a true friend and artistic genius.”

Just as Lopez did for Cooper, Gaga said he offered her an encouraging message of his own before they took the stage together.

“One of the hardest things in life is to be brave enough to be yourself. I wish to everyone that is going to that celebration to feel a joy inside of them,” she recalled to reporters. “That’s actually what Bradley said to me yesterday, right before we did our last rehearsal for this performance of ‘Shallow.’ He said, ‘Let’s just drop a little bit of joy.’ And I said, ‘Okay.’ And turns out, joy did a whole lot for me.”

Producer Mark Ronson, who cowrote the track and also picked up an Oscar, stopped by The Ellen DeGeneres Show Tuesday and revealed it was Cooper’s idea for him and Gaga to make their dramatic stage entrance right from their front-row seats.

“I think he had a specific vision. I heard Lady Gaga talking about it, so I think it was his thing,” Ronson said. “That probably might be the only time they ever perform that song together so it made it feel really special.” 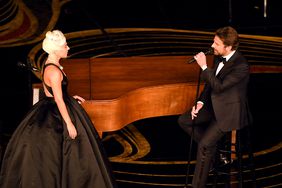 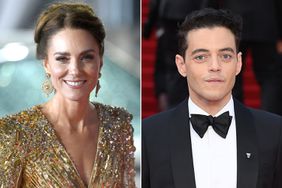 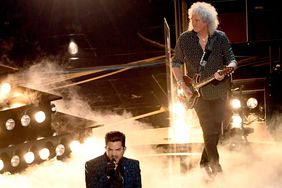 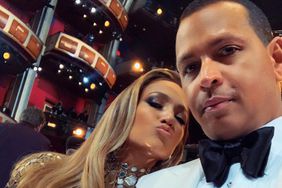