Lopez flew back to Los Angeles from Vancouver for the holiday after shooting The Mother north of the border, a source told PEOPLE this weekend

The couple was as close as could be after enjoying a romantic date at Wolfgang Puck's restaurant Spago in Beverly Hills on Saturday.

Lopez, 51, was bundled up in a fuzzy sand-colored coat that fell below her knees, which she paired with a small gold purse and a stunning set of red pumps with a clear topline.

Affleck, 49, opted for a more casual ensemble with black shoes and pants to match his charcoal blazer as he held Lopez in his arms for a hug.

A source told PEOPLE this weekend that Lopez flew back to Los Angeles from Vancouver, where she was shooting her upcoming film The Mother, to celebrate Thanksgiving with Affleck and her twins Max and Emme, both 13, whom she shares with ex-husband Marc Anthony.

After her last day of filming The Mother in Vancouver, Lopez expressed her excitement to return home for the holiday in an Instagram Reel featuring her song "On My Way (Marry Me)" from her other upcoming film, Marry Me.

"It's been beautiful, but tonight I'm on my way home! I'm so excited for Thanksgiving!" the actress said in the clip shared Wednesday.

"The last few weeks have been intense for her," the source told PEOPLE this weekend, adding, "it's been hard for her to be away from her kids and Ben."

The insider also told PEOPLE that Lopez and Affleck "are doing really well" together. "Jennifer loves being with Ben," they said. "She feels it's truly meant to be."

Lopez's film Marry Me hits theaters on Feb. 11, 2022. The Mother is expected to hit Netflix the same year. 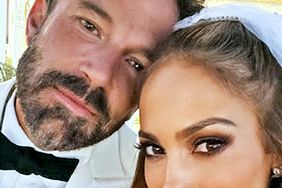 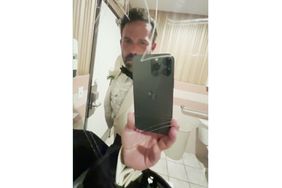