Their romance has evolved into the first marriage for both since PEOPLE first confirmed in June that the Oscar winner, 29, was dating the art dealer, 34.

Maroney works in the New York art scene and represents clients, including Lena Dunham’s artist father Carroll. The two reportedly met through one of Lawrence’s close friends, according to Page Six TV, the outlet first to report the news.

He is a director at Gladstone 64, the Gladstone Gallery’s Upper East Side location in the famed Edward Durell Stone House. The gallery is home to a number of prominent artists and has featured work by the critically renowned Carroll Dunham, father of the former Girls star.

Gladstone also plays home to artists such as Richard Prince, Anish Kapoor and Matthew Barney, who was previously married to singer Bjork.

Maroney previously worked at the acclaimed Gagosian Gallery, which exhibits famous contemporary art and has locations in numerous cities including Rome, London and Hong Kong.

His parents, James Maroney and Suki Fredericks, own a farm in Vermont. Maroney’s father was a private art dealer before turning his focus to farming, according to a Medium profile on the couple.

Following the engagement, a source told PEOPLE that Maroney “is an ideal mate for Jennifer.”

“They have many of the same interests in the arts, culture and living a life that includes both of their passions, yet sits outside of it,” the source said. “They respect each other and see the world in a similar fashion.” 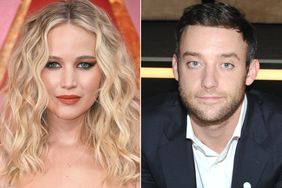 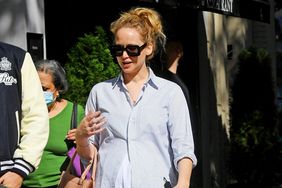 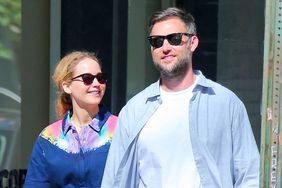