Jennifer Lawrence, who celebrated her birthday on Wednesday, was photographed holding hands with boyfriend Cooke Maroney in Rome on Thursday

Jennifer Lawrence is having her very own Roman holiday!

The 28-year-old actress, who celebrated her birthday on Wednesday, was photographed holding hands with boyfriend Cooke Maroney in Rome on Thursday.

The couple took in the sights of the historic city as they walked alongside each other.

Lawrence wore a black loose-fitting dress with straps around her neck, black sunglasses and a pink sun hat while wearing her short blonde hair in gentle waves.

The duo was last spotted in Paris enjoying a stroll a week ago.

A source told PEOPLE earlier this week the two “seemed happy, occasionally holding hands” while in the French capital.

Another source confirmed to PEOPLE in June the Oscar-winning actress was dating Maroney. The pair hasn’t shied away from going on dates in public together. In late June, the couple was photographed enjoying a romantic candlelit dinner in New York City.

The Oscar-winning actress couldn’t contain her joy as she shared a grin with Maroney while the two enjoyed their date. Before their evening was over, the pair were seen sharing a kiss at their sidewalk table.

A source told PEOPLE at the time the two “looked very comfortable.”

“She is smiling like I have never seen her do with any of her previous boyfriends,” the source said, adding the two have “great chemistry” and were “holding hands and laughing” while spending time together.

Before she began dating Maroney after splitting from her mother! director Darren Aronofsky. The two dated for just over a year after first getting together in September 2016 before breaking up in November 2017. 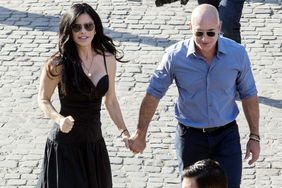 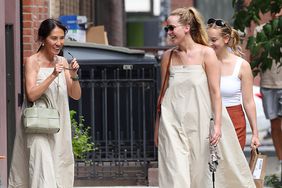 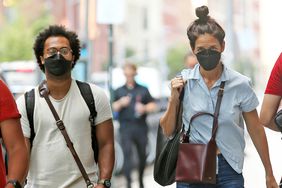