It was a family affair over the holiday weekend for Jennifer Garner and Ben Affleck.

Since announcing their split in June, Affleck and Garner, both 43, continue to spend time together as a family – and Thanksgiving was no different.

The amicable exes reunited to spend Thanksgiving with their three children, and were joined by Affleck’s side of the family.

“They spent it as a family unit – all for the kids,” a source close to the couple tells PEOPLE. “They had a great time.”

Garner was photographed taking a stroll with Affleck’s mom, Christine Boldt, and her 6-year-old daughter, Seraphina. The former in-laws appeared to be all smiles as they walked into church together in Los Angeles on Sunday.

While Affleck wasn’t spotted with his mother and Garner, he took a break from his busy schedule in Boston shooting his next film Live By Night – which he stars in and directs – to spend the weekend back home with his family.

“[Affleck] looked very happy all weekend. He spent a lot of time at the family house,” a second source tells PEOPLE.

And with holiday season in full swing, Affleck and Garner plan to spend Christmas together as well.

“Jen and Ben are figuring out right now how they can best spend the holidays together,” a source told PEOPLE, adding that Garner, “wants to get along with Ben for the kids’ sake.”

Ben Affleck and Jennifer Garner Plan to Spend the Holidays with the Kids: Source 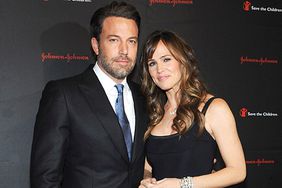 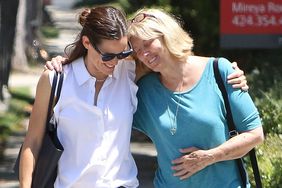