Jennifer Aniston celebrated the start of friend Amy Schumer’s marriage two days before announcing the end of hers to Justin Theroux.

Aniston, 49, was one of the 80 guests in attendance at Schumer and chef Chris Fischer’s private ceremony in Malibu on Tuesday. The surprise celebration was also attended by Jennifer Lawrence, Jake Gyllenhaal, Larry David and David Spade.

Describing the ceremony on Thursday while promoting her new film Red Sparrow, Lawrence, 27, told Entertainment Tonight that she couldn’t hold back the tears.

“It was beautiful. It was very sudden, but it was, I was sobbing the whole [time],” she said, adding that Fischer’s “vows were stunning.”

“When two people really love each other and they really mean it, it shows, and it was a beautiful ceremony and an amazing time. I couldn’t be happier for them,” she continued.

RELATED VIDEO: Jennifer Aniston ‘Has Seemed Fine’ Since Split from Justin Theroux, Will ‘Continue to Be Friends’

The actress, who was photographed smiling and dancing at the reception, added that she suffered a minor wardrobe malfunction. “Notice my shirt was accidentally undone the whole time,” she said. “In every wedding photo, all of my buttons were undone. It looks like I was like, ‘Oh, you thought this was going to be about you?’ “

On Thursday, Aniston and Theroux announced that they had split after two and a half years of marriage — and seven years as a couple — with a statement released by Aniston’s longtime publicist.

“In an effort to reduce any further speculation, we have decided to announce our separation. This decision was mutual and lovingly made at the end of last year. We are two best friends who have decided to part ways as a couple, but look forward to continuing our cherished friendship.”

While the couple announced that they split at the end of the last year, they celebrated the New Year together with their annual vacation to Cabo San Lucas, Mexico alongside a handful of close pals including Jason Bateman and his family.

Yet the two spent quite a bit of time apart in recent months, which heightened speculation of trouble in the marriage. Theroux was often spotted in New York City away from their L.A. home. They have also had a busy year as Aniston signed on with Reese Witherspoon for a new Apple TV series and filmed Dumplin’ in Atlanta, while Theroux, 46, filmed the comedy The Spy Who Dumped Me in Budapest.

Jennifer Aniston and Justin Theroux’s Split: How Time Apart Took a Toll on the Relationship

Sources recently told PEOPLE that their busy schedules worked for both of them and helped their marriage.

“Justin often spends a few days in N.Y.C. by himself,” a source previously told PEOPLE. “When he is in N.Y.C., Jen will catch up with friends and enjoys her own life. When Justin is in L.A., it’s very special for them. They socialize together with friends. They often go out to dinner or have people over.”

The actress showed off the $21 million L.A. home they designed together in the March issue of Architectural Digest, saying, “I look around at my husband and my dogs and our home, and there’s nowhere else I want to be.”

Aniston and Theroux first met on the Hawaii set of 2008’s Tropic Thunder and began dating in 2011. They later married in a surprise and secret ceremony on August 5, 2015 — just a few days before Theroux’s 44th birthday. 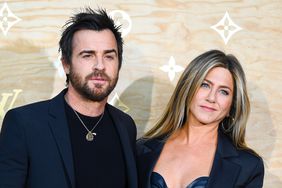 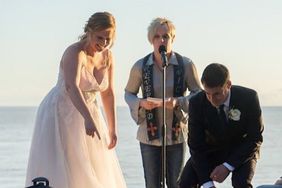