A source tells PEOPLE Dewan’s comments regarding Tatum were misconstrued

Jenna Dewan is clarifying comments she made about her ex Channing Tatum's availability after the birth of their daughter Everly, as a source tells PEOPLE that Tatum did everything in his power to be there for his family.

The actress and dancer, 40, made headlines on Monday for a conversation she had on the Dear Gabby podcast, in which she opened up bout the difficulty of working and traveling after welcoming Everly in 2013.

As she recalled, Tatum "wasn't available" for "the most part" due to his work schedule, leaving Dewan, "my doula, and Evie all by ourselves traveling at six weeks."

Her words were picked up by the press. But in a statement shared on her social media pages on Tuesday, Dewan pushed back, saying the conversation was "distorted."

"It's unfortunate that countless media outlets have taken an important conversation on a woman's experience with postpartum issues and pulled quotes to make it appear that I was slamming my daughters' father, something I would never do," Dewan wrote.

"As two working parents, we both faced challenges at the time, but I speak only for myself and not about him," she continued. "Anyone who actually listens to the interview, something I encourage everyone to do, will clearly see that my words have been distorted for clicks and to push false, salacious gossip with no regard for the actual people involved, or the message intended."

A source close to Tatum tells PEOPLE that the actor also believes Dewan's comments were misconstructed.

The insider insists that Tatum, 41, made sure both Dewan and Everly — now 8 — were taken care of after Dewan gave birth.

At the time, Tatum and Dewan were living in London where he was working on his film Jupiter Ascending, the source explains. Six weeks later, Dewan then flew to Canada for a project of her own.

For the trip, Tatum chartered a private plane, the source says, and rented a home in Vancouver for his family. (TMZ was first to report the news.)

Dewan — who is also a mom to son Callum Michael Rebel, 17 months, with fiancé Steve Kazee — said on Monday's Dear Gabby podcast that balancing motherhood and her job was "really hard" back then, as she was working "long hours" on set.

"I did have her on set with me constantly. It was just really difficult," Dewan said.

She also revealed that she had "a lot of postpartum anxiety" at the time.

"It was like, I just never stopped. You know, you're up a couple times in the night and then you're working all day," she recalled. "I was breastfeeding, I was pumping, I was without a partner, I mean it was just craziness."

RELATED VIDEO: Channing Tatum Has a Message for Girl Dads: 'Go Into Her World'

Dewan and Tatum were married for ten years before their divorce. She and Kazee have been together since 2018 and got engaged in February 2020.

As for her experience with her second child, Dewan remembered the time as being "so grounded."

"Even though the world was crazy, I was home and in this love nest and it was different," she said of raising baby Callum with Kazee amid the coronavirus pandemic. 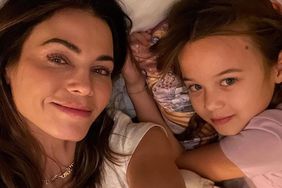 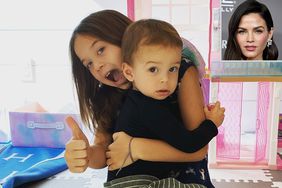