Jeff Bridges has been diagnosed with lymphoma.

The Oscar-winning actor, 70, revealed the news on Monday night on his Twitter account, writing, "As the Dude would say.. New S**T has come to light."

"I have been diagnosed with Lymphoma," he continued. "Although it is a serious disease, I feel fortunate that I have a great team of doctors and the prognosis is good. I’m starting treatment and will keep you posted on my recovery."

In a second tweet, The Big Lebowski star wrote, "I’m profoundly grateful for the love and support from my family and friends. Thank you for your prayers and well wishes. And, while I have you, please remember to go vote. Because we are all in this together. http://Vote.org Love, Jeff."

Lymphoma is cancer that begins in lymphocytes, white blood cells that are part of the body's immune system and are found in the lymph nodes, spleen, thymus, bone marrow and other parts of the body.

Some symptoms of lymphoma may include painless swelling of the lymph nodes in the neck, armpits or groin; fatigue; fever; night sweats; shortness of breath; weight loss and itchy skin, according to the Mayo Clinic.

Bridges stars in the upcoming FX TV series The Old Man. In a joint statement, FX, Touchstone Television, Hulu and FXP responded to the actor's diagnosis with, "Our thoughts go out to Jeff and his family during this challenging time and they have our love and support. We wish him a safe and full recovery. And, as Jeff always says, ‘We are all in this together.’ Jeff, we are all in this together with you."

Before announcing his diagnosis the actor recently spoke to PEOPLE about the secret to his 43-year marriage to his wife Susan Bridges revealing it was mutual respect.

"We are quite different as people, and we celebrate that rather than making it drive us apart," Bridges said of his marriage. "I respect her wisdom, and I’m sure the girls do, too."

He added, "I’ve really been blessed."

The actor recently teamed up with daughter, Isabelle, for a new children’s book, Daddy Daughter Day, which she wrote and he illustrated. The book is about a dad and daughter who go on a series of adventures and is based on the close bond Bridges has with his girls.

While Bridges has had an acclaimed career for almost 50 years — including seven Oscar nominations and one win for 2009's Crazy Heart — he told PEOPLE his family has been his life's greatest joy.

"Time goes so fast, and it’s so precious," says Bridges. "To spend it with people you love, there’s nothing richer than that." 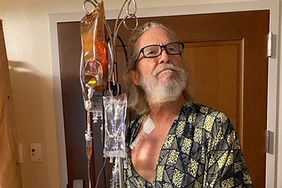 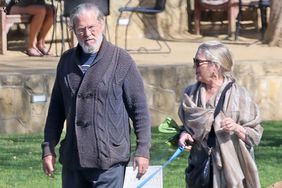 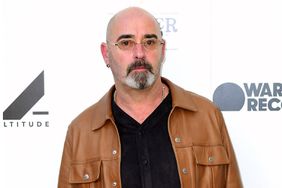 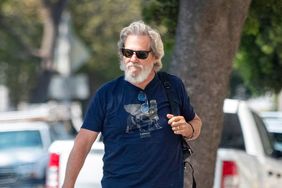