"You've never seen Jason Momoa like this," the ad, which will air on Super Bowl Sunday, promises

Jason Momoa is teasing his Super Bowl commercial by stripping down and showing off his goofy side!

After a week of posting short clips that displayed some of the more unexpected ways the Aquaman star, 40, likes to get “comfortable at home,” the actor shared a longer trailer for the upcoming ad for Rocket Mortgage Quicken Loans.

The silly video, posted Friday, begins with a closeup shot of Momoa’s jawline as the actor speaks into a pink hairbrush in the bathroom mirror while saying, “But you’ve never seen Jason Momoa like this.”

From there, viewers watch as Momoa flips through a romance novel in the tub (while wearing his trademark mane in a pair of space buns), plucks his eyebrows, and even practices pronouncing his last name. “It’s a fun word to say,” he quips.

At the end of the trailer, the date for Super Bowl LIV flashes up on the screen as well as the logos for the big game and Rocket Mortgage.

“Been an epic week but we’re just getting started. Can’t wait for everyone to see me #getcomfortable on Sunday ALOHA J,” he captioned the post.

Momoa first began teasing the ad on Monday, when he posted another clip that was cropped to only show his jawline.

“You’ve seen him as a superhero, a warrior, and an outlaw. But you’ve never seen Jason Momoa like this,” he says in a dramatic voice, before it’s revealed that the actor is actually talking into a pink hairbrush while standing in front of a bathroom mirror.

”Gonna be an epic week. Momoa like you ain’t never seen before coming super bowl Sunday,” he captioned the post, adding the hashtag “MomoaBowl.”

Another hilarious detail revolves around the actor’s bodice-ripping reading material.

As pointed out by Oprah Magazine, the book, titled Standing In Front of a Sunset isn’t actually a real book that you can buy, although its author, Michael Corbeille, is real — and just so happens to be the Executive Creative Director for Quicken Loans.

Speaking about the ad, Quicken Loans CMO Casey Hurbis said that it was actually Rocket Mortgage’s idea to bring on the movie star.

“They pitched us this idea very early on with Jason in it; we fell in love,” Hurbis told Ad Week. 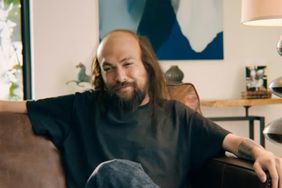 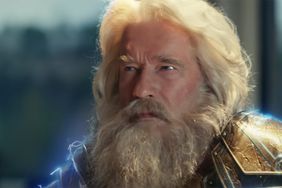 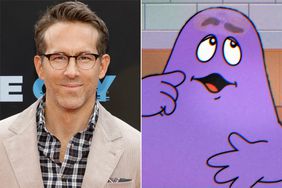