The two rejoined at a red carpet event for Jay and Silent Bob Reboot, a new Kevin Smith film in which they both star

One time, at a red carpet event…

Monday was an American Pie reunion 20 years in the making for actors Jason Biggs and Shannon Elizabeth.

The costars of the 1999 teen comedy caught up with each other at a screening for the new movie Jay and Silent Bob Reboot at the TCL Chinese Theatre in Los Angeles.

Biggs, 41, and Elizabeth, 46, had breakout roles in American Pie as high schoolers Jim and Nadia, respectively, as the former tried to woo the latter in what proved to be a series of ridiculously awkward (and hilarious) scenarios.

A hit for the actors, the film also launched the careers of Seann William Scott, Natasha Lyonne, Tara Reid, and Alyson Hannigan. The bulk of the original cast reprised their roles in American Pie 2, American Wedding, and American Reunion, released in 2012.

Biggs, who recently starred in Netflix’s Orange Is the New Black, and Elizabeth return to their roles from 2001’s Jay and Silent Bob Strike Back for the new movie, out October 15, from writer/director Kevin Smith.

Speaking to PEOPLE in 2017, Biggs opened up about whether he plans to show his sons, Sid and Lazlo, American Pie one day, in all its raunchy glory.

“I picture a scenario where it’s like — I don’t know what grade, hopefully a little bit older —but one of his friends can come in and be like, ‘Hey, I saw your dad’s penis on TV last night!’” he said. “That’s a very real possibility for our life.”

No matter the inevitable awkwardness, Biggs takes relief in not having to explain his character’s plot to daughters.

“I’ve only thought of it in regards to I’m glad that I have boys versus girls,” he told PEOPLE. “I don’t know how it’s going to go down, but I know that no matter how it goes down, it’s going to be easier having sons than it would have been having girls.” 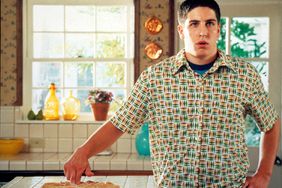 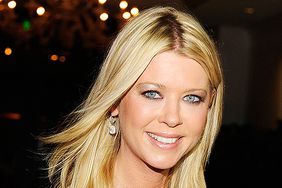 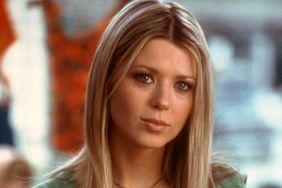