Jared Leto is getting into character as Morbius, the Living Vampire, and fans are ready to sink their teeth into the upcoming Marvel film.

Leto, 47, shared the first eerie look of himself as the Marvel Comics villain on the set for Morbius, which will hit theaters in July 2020.

The Instagram clip showed Leto as the haunting vampire, staring off into the distance with a hooded jacket as people walk by.

“Because no one else will walk this path…” the Instagram caption read. “this place of shadows, where we do what must be done, no matter the cost. #MORBIUS.”

Morbius, which will be the second film in Sony’s Marvel Universe after last year’s Venom, will follow Leto’s role as Michael Morbius, who transforms from a scientist suffering from a blood disease into a haunting vampire.

Prior to the recently shared Instagram clip, the Suicide Squad star shared another vague picture last month of himself in character as the anti-hero vampire.

“Week 1 down, 11 to go…” the caption said, teasing fans of himself on set after finishing the first of a total of 12 weeks of filming.

In preparations of playing the villainous vampire, Leto shaved his beard back in November, sharing a video on Twitter of himself removing his trademark facial hair.

While this is Leto’s first film in the Marvel Universe, he famously played a comic book villain before. He portrayed the Joker in the Suicide Squad in 2016, receiving praise for his frightening performance. With no confirmation on Leto’s future as the Batman villain, he may be fully transitioning to the Sony Marvel Universe as the living vampire. 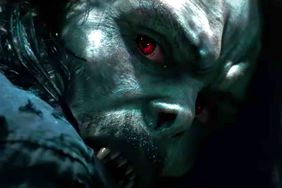 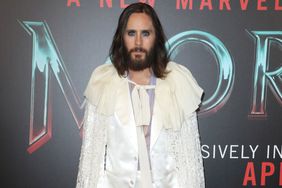 Jared Leto Has a Thirst for Blood in New Morbius Trailer: Watch 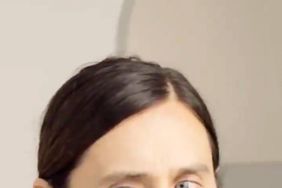