Kissing only gets better with age.

Jane Fonda reunited with her Barefoot in the Park costar Robert Redford and opened up about “old sex” during a press conference Friday at the Venice Film Festival, while promoting their latest film, Our Souls at Night.

“In Barefoot in the Park, I couldn’t keep my hands off of him,” Fonda, 79, said, according to The Hollywood Reporter. “I was constantly forcing myself on him. In Our Souls at Night, the dynamic of my character to his character was somewhat similar. I just love the fact that these films bookend our careers.”

“We played that young love just getting married [in Barefoot] and now we play old people love and old people sex,” Fonda continued. “Although, in my opinion, Ritesh [Batra, director] cut the sex scene too soon.”

Our Souls at Night brings the two iconic Hollywood stars together 50 years after playing newlyweds in the 1967 classic.

As for how Redford, 81, feels about their love scenes, Fonda said “he doesn’t like sex scenes.”

When it came to filming sex scenes during their golden years, Redford responded that love “just increases” as one gets older, with Fonda adding, “We’re braver. What do you have to lose? So my skin sags… so does his. You know your body better, so you’re not afraid to ask for what you need. I think on a love and sex level, it just gets better.”

The two will be honored at the Venice Film Festival with Golden Lions for Lifetime Achievement.

Based on Kent Haruf’s novel and adapted by The Fault in Our Stars writers Scott Neustadter and Michael H. Weber, the film stars Fonda and Redford as widowed neighbors Addie Moore and Louis Waters. After the two start sleeping in bed together to platonically alleviate their loneliness, a real romance begins to form. 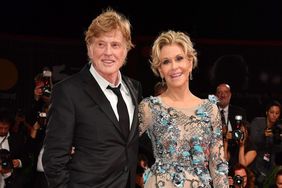 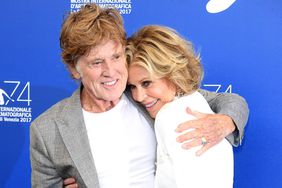 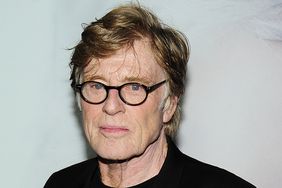 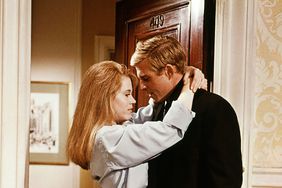 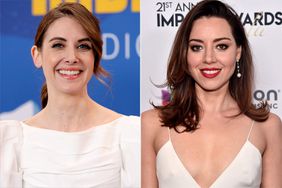 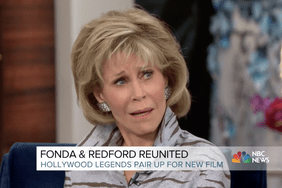