Deborah Lin says her late husband James Gandolfini "would be very proud" to see his son Michael Gandolfini step into the role of a young Tony Soprano in The Many Saints of Newark.

Speaking with Page Six Saturday, Lin praised her 22-year-old stepson for his work in the film, out this fall, which chronicles Tony's humble and dangerous beginnings before the events of The Sopranos.

"It was almost surreal to see Michael in the trailer," she said. "I know it took a lot of courage for him to take this role. It was very emotional."

Added Lin, who tied the knot with James in 2008, six years after his divorce from Michael's mom Marcy Wudarski, "But the whole family is just so proud of [Michael]. His father would be very proud."

The upcoming prequel film, which will feature younger versions of the series' beloved characters, is set in Newark, New Jersey in the 1960s, when riots between Italian Americans and African Americans were at an all-time high.

The original series followed the life of New Jersey mob boss Tony (James) as he dealt with personal and professional issues in his home and business. It ran for six seasons before ending in 2007.

Michael was 14 years old when James died of a heart attack at age 51 during a family vacation in Rome in 2013.

While he previously admitted to never having "watched a minute of The Sopranos" or James' acclaimed performance in the show before being cast, Michael was committed to continuing his father's legacy. Nevertheless, he told Esquire that putting in the work of rewatching his father in action in the iconic role was "intense."

"I had to watch this guy who created the role to look for mannerisms, voice, all those things I would have to echo," he said in 2019. "But then I'd also be seeing my father. I think what made it so hard was I had to do it alone."

"I was just sitting alone in my dark apartment, watching my dad all the time. I started having crazy dreams," Michael revealed. "I had one where I auditioned for David and I looked down at my hands, and they were my dad's hands." 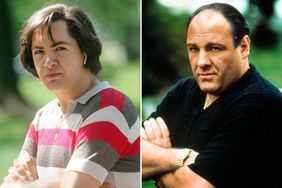 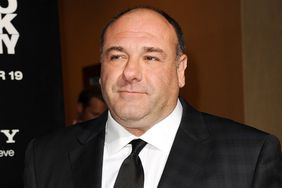 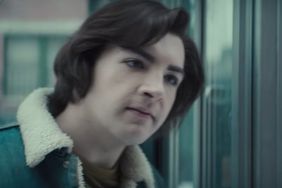