Jada Pinkett Smith‘s highly successful series — in which she’s spoken out about race, domestic violence and her high-profile marriage to Will Smith — has been renewed for 20 more episodes and returns in May.

Since its premiere in early 2018, Red Table Talk has become Facebook Watch’s most popular original series.

The series earned 7.5 million views in the first 24 hours for its episode featuring guest Jordyn Woods, in which she broke her silence following a cheating scandal involving her, Khloé Kardashian and Tristan Thompson.

In an interview with People NOW in January, Pinkett Smith opened up about the kinds of conversations she’s looking to have on her show.

“I’m always looking for those topics that people are afraid to bring up,” she said. “Those are the topics that excite me most to bring to the red table.”

While the actress said she and her 19-year-old daughter have always had deep conversations she shared it was nice to see Willow have an appreciation for spending time with her grandmother.

“I just think about the fact that several years for now when her grandmother’s not here and I’m not here she’ll have these red table talks to look back on that she can share with her children,” she said.

She added, “It’s just a beautiful legacy to leave for your children. I wish I’d had that with my grandmother.” 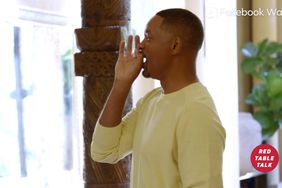 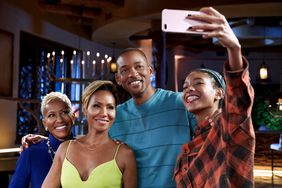