Jada Pinkett Smith Recalls Being Accused of Starving Daughter Willow as a Child: I Was 'Furious'

Jada Pinkett Smith is recalling being “furious” when Child Protective Services were called to investigate the wellbeing of her daughter, Willow in 2014.

On Monday’s special “Ask Us Anything” episode of her popular Facebook Watch show Red Table Talk, Pinkett Smith, 48 and Willow, 19, looked back at the experience that seemingly started when a photo of then 13-year-old Willow lying in bed with a shirtless family friend, Moises Arias, then 20, began to circulate.

While Willow shared that the picture had “no sexual intonation whatsoever” and that Arias was like “a brother,” an investigation ensued when CPS received a complaint that Pinkett Smith and husband Will Smith were starving their daughter.

“That was the first time I ever got furious,” explained Pinkett Smith of the incident.

Willow then chimed in, sharing how unhappy she was with the situation at the time.

“I was looking at the lady and the whole time I was thinking, ‘You could be helping so many kids right now, and you’re wasting your time with a child who has everything they need,'” she said.

Pinkett Smith, 48, shared that while the social worker was “a nice lady,” the mother of two believed the woman knew the Smiths were not starving their daughter.

“She had to have known!” Willow interjected.

The two continued to recall moments from the investigation, with Pinkett Smith calling out Willow for teasing the social worker into thinking all Willow had eaten that day was cereal.

“They already think we’re starving you, you’re going to walk in with a bowl of cereal at two o’clock and say this is your first meal! I was like, ‘Lord Jesus take the wheel,'” Pinkett Smith said.

“I walked in with a bowl of cereal specifically because I knew that they said you were starving me,” Willow assured her mother. “I was like, ‘You know what? I’m going to walk in with food and eat the entire time! I’m going to eat throughout the entire interview!”

Pinkett Smith went on to explain that her kids, Willow and Jaden, acted like the investigation was “their personal protest,” despite their parents telling them to be “on their best behavior.”

“My kids were like, ‘whatever,'” Pinkett Smith said. “And that’s how they treated it. Her and Jaden… and there was nothing Will and I could do. We were just like, ‘please chill out.’ And they were like, ‘No. This is stupid and it’s ridiculous.'”

“We were gangster!” Willow laughed.

Despite the uncomfortable incident, Pinkett Smith admitted it was a bonding moment for the family.

“We really locked up together as a family. It was like, ‘Oh, we’re getting attacked,’ so the kids got to see for the first time why Will and I had been so protective,” she shared. 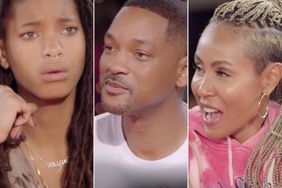 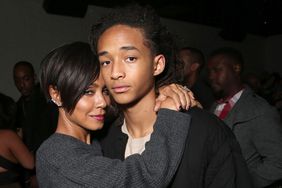 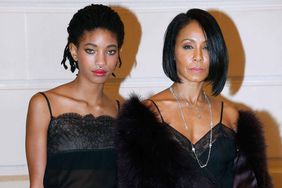 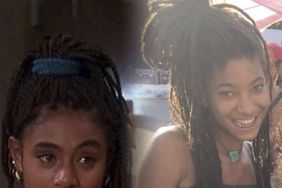