At 11, child star Jacob Tremblay takes on an emotional role in a big-screen version of the beloved novel Wonder, with Julia Roberts as his mom

Two years ago, Jacob Tremblay was the kid star who stole our hearts during awards season — with his heartbreaking performance as a little boy held captive in Room and his beyond-adorable red-carpet appearances.

Now he’s 11 and back with another powerfully emotional role, playing Auggie March, a boy with facial differences caused by a rare genetic condition who enters middle school after years of homeschooling, in the big-screen adaptation of the bestselling novel Wonder. With its gentle message about the power of kindness, the consequences of bullying and the challenges of middle school, the book has sold more than 8 million copies worldwide since its release in 2012.

For more on Tremblay and Wonder, pick up this week’s issue of PEOPLE. And watch an interview with Wonder author R.J. Palacio on Shelf Life, now on PeopleTV. Go to PeopleTV.com, or download the PeopleTV app on your favorite mobile or connected TV device.

Tremblay says it took two hours of makeup and prostheses to tranform for the role: “a neck piece, the main face piece, a helmet connected to an eye mechanism which pulled my lower eyelids down, a wig, contact lenses and dentures,” he explains in the new issue of PEOPLE. “It was pretty uncomfortable, but I didn’t mind.”

The Vancouver-born young actor spent time with kids with facial differences to prepare for the role, making new friends. Julia Roberts, who plays his mom, says Tremblay did an impressive job of staying in character. After she met him at the first script read, “I never saw Jacob again, I only saw Auggie,” she says. “I told him I missed Jacob, and he brought me a little school picture that I put in my script.”

Offscreen, though, Tremblay — the son of Jason, a police officer who earned the nickname “hot dad” on the red carpet, and Christina, a stay-at-home mom — is “a regular little boy, full of mischief and giggles,” says Roberts. He loves Stranger Things, Star Wars and “playing video games and soccer with my friends.” When he’s not on set, he goes to public school, where his favorite class is “P.E.”

Both director Stephen Chbosky and Wonder author R.J. Palacio compare him to a What’s Eating Gilbert Grape-era Leonardo DiCaprio. “When a once-in-a-generation talent is the perfect age” for your movie, says Chbosky, “you just thank your lucky stars.” 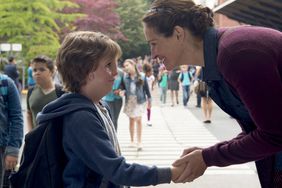 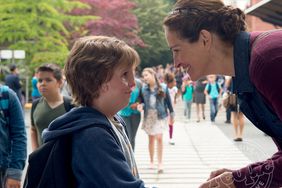 Celebrity Siblings Who Are Actors 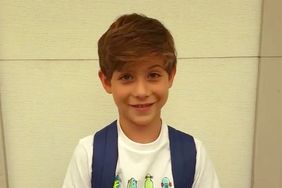 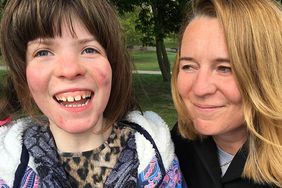 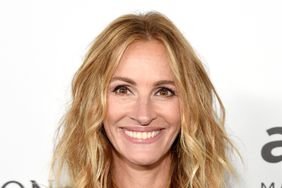