Taking to her Instagram Story on Friday, Ireland Baldwin showed her support for dad Alec, as well as Joel Souza and the family and friends of Halyna Hutchins

Ireland Baldwin is showing support for her father Alec Baldwin after Thursday's fatal on-set shooting incident on his film Rust.

The model, 25, expressed her sympathy to director Joel Souza, who was treated for a gunshot wound, as well as the family and friends of cinematographer Halyna Hutchins, who died from her injuries.

"My love and support go to Halnya [sic] Hutchins' family and friends. Sending healing thoughts to Joel Souza," Ireland wrote Friday on her Instagram Story. "And wishing I could hug my dad extra tight today."

After PEOPLE confirmed that one crew member died and another was critically injured on the Santa Fe, New Mexico set of the upcoming Western film, the Santa Fe Sheriff's Department said in a statement that Hutchins, 42, and Souza, 48, were "shot when a prop firearm was discharged by Alec Baldwin, 63, producer and actor."

"There are no words to convey my shock and sadness regarding the tragic accident that took the life of Halyna Hutchins, a wife, mother and deeply admired colleague of ours," Alec wrote in a statement on Twitter on Friday.

A source also told PEOPLE that "Alec is still trying to get his head around everything that happened. This has been devastating. It's been incredibly difficult."

Halyna's husband Matthew, with whom she shares an 8-year-old son, has since been in contact with Alec. "I have spoken with Alec Baldwin and he is being very supportive," Matthew told the Daily Mail.

Authorities responded to a 911 call from the Rust set at Bonanza Creek Ranch at around 1:50 p.m. local time on Thursday. Halyna was airlifted to University of New Mexico Hospital, where she died of her injuries. Souza was released Friday from Christus St. Vincent Regional Medical Center, where he underwent treatment for his injuries.

The shooting has since prompted a Change.org petition, urging Hollywood to ban the use of real firearms on sets. 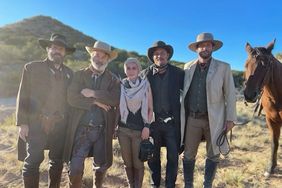 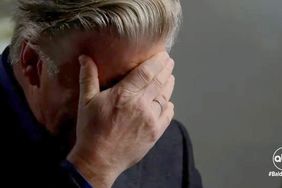