Chris Pratt is living life to the fullest.

The 39-year-old Avengers: Infinity War star had a whirlwind 2018 and is projected to have an equally exciting 2019. This year, Pratt, 39, is set to tie the knot with fiancée Katherine Schwarzenegger, as well as promote his films The Kid, The Lego Movie 2 and the highly-anticipated Avengers: End Game.

So how does the actor keep himself grounded while working in Hollywood? In addition to prioritizing his faith, he focuses his energy on things that bring joy to his life, including his son, his farm and cheering on his favorite MMA fighters.

Solace on the Farm

On Tuesday, Pratt shared that one of his ewes won a prize for her wool at the Washington State University Country Living Expo in Stanwood, Washington.

“I hate when celebrities brag on here…” he started his post, “but I have to. Our ewe (female sheep) named ‘Cacao’ just took home a blue ribbon at Fiberpalooza!!!! Boom chic-Cacao cao!”

Last year, Pratt opened up about his hobby, explaining that he started farming lambs (and fishing) near his Washington home in 2017.

Chris Pratt Wishes Happy Easter By Mounting a Wooden Cross to Tree in His Farm: ‘He Has Risen’

“That’s right, fresh farm to table lamb,” he said on Instagram. “They are the happiest lambs on the planet,” he added, before going into detail about his butcher’s process — and apologizing to vegetarians who might find the post insensitive. (He does grow fruits and vegetables, too.)

Pratt also shared a sweet video of himself and 6-year-old Jack (whom he shares with ex Anna Faris) in January 2018 in which he expressed how much he missed his son and the farm.

The father of one regularly posts photos and videos of his chickens and their eggs, little lambs and even a Texas longhorn.

The two train at the same gym in Los Angeles and Pratt has often shown his love for the sport on social media.

“So proud of my brother on his amazing win tonight. Made a major splash at his @bellatormma debut. As he will tell you, God is good!!!” Pratt captioned an Instagram of the two celebrating after the match.

Pratt also posted a compilation video of the best moments of the night, including the beginning, when the actor walked out with the fighter before his match.

“Take a deeper look at the story of Adel AlTimimi @kyokushininja former Al- Qaeda hostage and now @BellatorMMA fighter,” Pratt wrote on Twitter before the match. “Even if MMA isn’t your thing, the humanity of his story will move you. As Adel will tell you, God is good!”

The star, who is close to pastor Chad Veach — from L.A.’s popular Zoe Church — is not shy about sharing his faith in God with fans. During the 2018 MTV Movie & TV Awards, he told the audience that “God is real” during his acceptance speech.

“God is real. God loves you, God wants the best for you. Believe that; I do,” he said, adding, “Learn to pray. It’s easy, and it is so good for your soul.”

Pratt’s relationship with Schwarzenegger, 29, has also benefited from their shared beliefs.

“They’re very compatible and have a lot in common,” the source said. “Family is very important to both of them, as well as their spirituality.”

Another source told PEOPLE that the two “click on a lot of levels, but definitely on a spiritual level.”

“They have the same outlook on the world, and their faith ties them together,” the source said. “He’s really impressed that she’s vocal and unashamed about her beliefs in God, because that’s how he is. He’s constantly around other people who have no faith or are apologetic about it, but not her. She is willing to talk about it to anyone who will listen.” 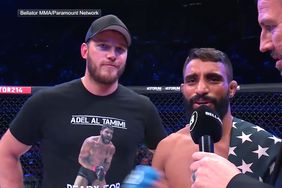 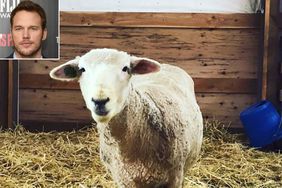 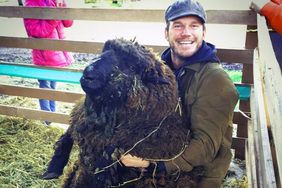 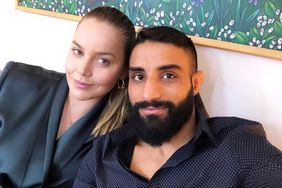 Abbie Cornish Is Engaged to MMA Fighter Adel Altamimi: 'You've Swept Me Off My Feet' 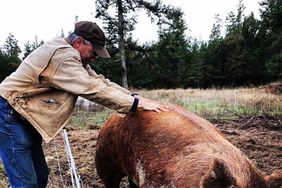 Chris Pratt's 700-lb. Pig Dies: 'This Was a Hard One,' He Writes in Goodbye Post