Infinity Festival Is Back! This Year's Event Features the Producers of Spider-Man, TikToker Justmaiko & More

Infinity Festival will to return to Hollywood at Goya Studios and the Dream Hotel, as well as online for global attendees from November 2-4

Get ready to wintess the world of Hollywood and Silicon Valley collide.

Infinity Festival is back, returning to Goya Studios and the Dream Hotel — and online — from Nov. 2-4.

This year, the multi-annual event will feature filmmakers Phil Lord and Christopher Miller — the producers behind Spider-Man: Into the Spider-Verse, The Lego Movie and 21 Jump Street — as headliners.

The revered Hollywood figures will speak on the advancements in animation. The duo will also dish on behind-the-scenes moments from their critically acclaimed Sony Pictures Animation and Netflix film, The Michells vs. the Machines.

TikTok star Justmaiko will also join the festivities alongside dancer Dytto. Together, the social media influencers will talk chat about the success of their dance class Snapchat series, Move It!

Other panels include discussions on virtual production, immersive experiences, 5G, artificial intelligence and the development of the metaverse. Also, for this year's event, IF is focusing on gaming. The event will also tap gaming influencers and personalities to speak on the subject.

In addition to thrilling conversations, IF attendees with experience tech exhibitions, screenings, innovation labs and a fine art exhibition.

Of this year's festival, founder and CEO, Mark Lieber said: "Seeing the growth of Infinity Festival over the past three years to include a worldwide audience has been tremendous. We constantly evolve our event to reflect the state of the industry. We're so excited to look into the future of how we will experience all facets of content, as well as introducing the influencer and gaming aspect to our attendees this year by opening our communities to new creators."

Last year, the event featured actor Joseph Gordon-Levitt, who was joined by his HITRECORD co-producer Jared Geller to talk about the online media platform. Brie Larson also appeared in the opening of the show, to chat about her Emmy-nominated series The Messy Truth alongside director Elijah Allan-Blitz.

Tickets are available now at infinityfestival.com. 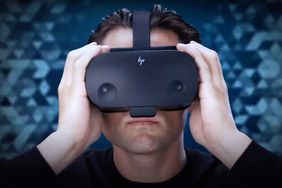 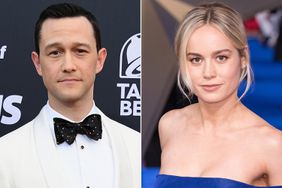 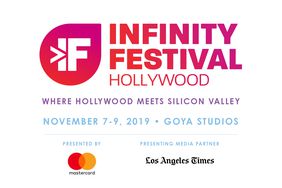