A Frozen Performance, Bingo & Wheelchair Races: How Kristen Bell Is Helping Out in Orlando While Stranded by Irma

The actress is sharing her experience from Orlando on Instagram

Loved ones aren't getting left behind during Hurricane Irma — not on Kristen Bell's watch, at least. The actress is currently riding out the storm in Orlando, Florida, where she was visiting to do Frozen press.

Once she realized she couldn't leave town, she sprang into action. Her first task?

"So @kristenanniebell literally saved my parents and my entire family tonight from #hurricaneirma," Bell's Frozen costar Josh Gad tweeted of the actress' gesture. "When they were stranded in Florida, she got them a hotel room at her hotel in Orlando and saved them, my brothers, my sister-in-law and niece and nephew. They don't make them like this girl. Thank you Kristen," Gad concluded his caption of a selfie with his parents and Bell.

Ahead of Hurricane Irma, Bell went out to a nearby Target with Swan and Dolphin Disney resort employee Gary to stock up on food and water. "Just doing our best and trying to stay positive but cautious, and trying to help those who need help prepping," she wrote on Instagram. "Every person I passed today was assisting someone else — #neighborshelpingneighbors — it was beautiful to see."

What does one do during Hurricane Irma? If you're like Bell, belting out Frozen songs onstage is a must. "When you're #singinginahurricane, your volunteer back up dancers can & will steal the show," Bell captioned an adorable performance snapshot. "Richard and Rebecca everyone!"

Bell shared that "a few thousand senior residents" were evacuated out of their senior home and to her hotel. "We are gonna make lemonade outta Irma as best we can and I'm fueling up the only way I know how in order to call a few hours of BINGO!" she captioned her selfie.

DINING WITH THE LOCALS

Bell gave her Instagram followers a peek at her adorable new squad during dinner. "Dining with all my new friends!" she wrote.

"Dear @daxshepard, this is john. He's my side piece here in Orlando. I hope you understand," Bell wrote, captioning a sweet video of her new friend singing to her. "I'm powerless over a man who serenades me." In addition to serenades and sing-alongs, Bell also participated in a midnight wheelchair race.

The Bad Moms star was thrilled to find out her new friend and "soulmate" is also prone to getting emotional during happy moments. "Guys, Corey cries when she's happy too!!!!" she proclaimed.

Bell continues to document her time at the hotel, sharing that a group of people came together to treat the senior citizens to massages. "Spa music was playing, and my heart was bursting," she said.

"Do NOT let the frail frame fool you," Bell wrote, introducing the world to her new friend. "Clara has the grip of Jean-Claude Van Damme. #besthurricaneever #atriaseniorliving

SHE 'NOSE' WHAT'S UP

And if you weren't convinced of Clara's strength level, peek at this adorable moment. "When Clara nabs your nose, you best be breathin' through your mouth for a while," the actress wrote, accompanying her caption with the following hashtags: "#besthurricaneever" and "#atriaseniorliving"

Bell spoke of her Hurricane Irma experience during a Skype chat on Jimmy Kimmel Live with the talk show host. She also introduced her "side piece," John, who sung a duet with the Frozen star earlier in the week. The veteran said he was doing just fine at the hotel as he was “swarmed under with beautiful women.”

“I’ll never be the same,” John – who believed he was speaking to Johnny Carson thanks to Bell – told the host. 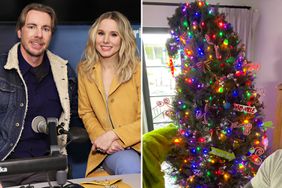 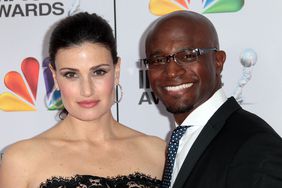 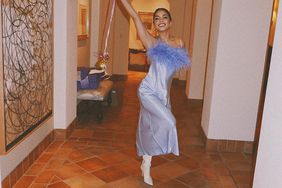 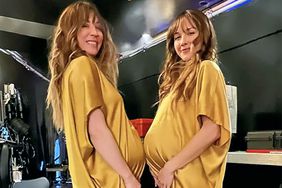 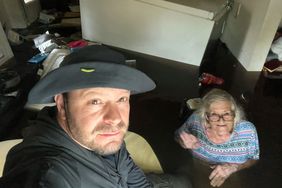