Hugh Grant and Kristin Scott Thomas are back for another wedding!

Grant and Scott Thomas, both 58, reunited for a short sequel to their classic 1994 film Four Weddings and a Funeral in a clip for One Red Nose Day and a Wedding which was posted on Friday to Instagram.

Looking exceptionally nervous, the two reprise their roles as Charles and Fiona, who greet guests as they arrive at a wedding chapel.

“You had better head on in,” Grant’s Charles tells Scott Thomas’s Fiona.

The special will air in the U.S. this May in what Grant promised will be “the wedding of the year” in the trailer for the short.

Hugh Grant, Andie MacDowell and the Cast of Four Weddings and a Funeral to Reunite for Charity

“It’s going to have in it all the original cast… and then there’s also going to be a couple of younger people because 25 years have passed and it’s a wedding,” Curtis said.

As for who is getting married this time around, Curtis kept mum on the subject, simply saying, “I can’t tell you whose wedding it is because that’s the twist.”

Meanwhile, MacDowell told PEOPLE in December the script was “really good and funny.”

The annual Red Nose Day telethon raises money to provide aid for children living in poverty around the world.

Previous reunions have included One Direction and Love, Actually which saw the cast come together in a 15-minute short film that premiered during Red Nose Day’s 2017 special. 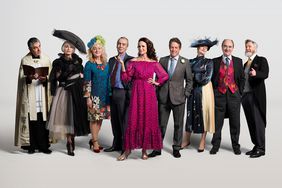 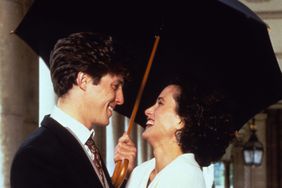