Brad Pitt and Jennifer Aniston had an emotional moment when they reunited backstage at the Screen Actors Guild Awards.

The actors happily greeted each other after they both won SAG Awards in their respective categories at the awards show on Sunday.

The reunion came after Aniston, 50, won the SAG Award for outstanding performance by a female actor in a drama series for The Morning Show — which Pitt, 56, made sure to watch while he was backstage.

Aniston likes to keep her personal life private but opened up about her previous relationships in the January 2019 issue of Elle.

“My marriages, they’ve been very successful, in [my] personal opinion,” Aniston said, referring to her marriages to Pitt and Justin Theroux. “And when they came to an end, it was a choice that was made because we chose to be happy, and sometimes happiness doesn’t exist within that arrangement anymore.”

“Sure, there were bumps, and not every moment felt fantastic, obviously, but at the end of it, this is our one life and I would not stay in a situation out of fear. Fear of being alone. Fear of not being able to survive. To stay in a marriage based on fear feels like you’re doing your one life a disservice,” she added. “When the work has been put in and it doesn’t seem that there’s an option of it working, that’s okay. That’s not a failure. We have these clichés around all of this that need to be reworked and retooled, you know? Because it’s very narrow-minded thinking.”

Pitt went on to wed actress Angelina Jolie. The two, who share six children, split in September 2016 after two years of marriage and 12 years together.

In February 2019, the Friends actress celebrated her 50th birthday with a star-studded bash at the Sunset Tower Hotel in West Hollywood.

Among her guests was Pitt, who also sent her a present before the party.

A source told PEOPLE at the time, “Her friends were happy to see Brad at the party. Whatever caused their divorce is long in the past,” while a second source said, “Brad and Jen have a very civil relationship.”

A third source told PEOPLE, “Most birthday party guests sent gifts to Jen’s house. Brad did too. Her friends are all very generous and creative, and she seemed very excited by all the gifts.”

The two also saw each other over the holidays. Pitt helped Aniston celebrate by attending her annual tree trimming party last month.

“The annual tree-trimming party is always Jen’s favorite to host,” a source previously told PEOPLE of the star-studded fete. “She loves Christmas. As usual, a large group of friends attended.”

That large group included Pitt, the source said, adding, “They have been in touch a few times since her birthday and are keeping it friendly.”

Earlier this month, Pitt said he expected to run into Aniston while at the Golden Globe Awards.

“I’ll run into Jen, she’s a good friend. Yeah,” Pitt told Entertainment Tonight on the Golden Globes red carpet. Pitt went on to win best supporting actor in a motion picture at the annual Hollywood Foreign Press event, and Aniston was nominated for her role in The Morning Show.

Pitt then joked to the outlet, “The second most important reunion of her year? I understand. That was a play on Friends. They were saying that.” 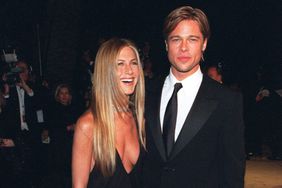 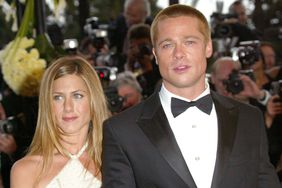 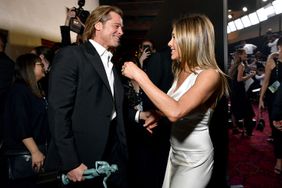 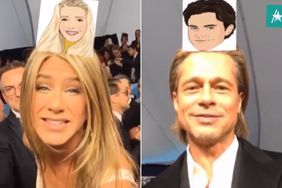 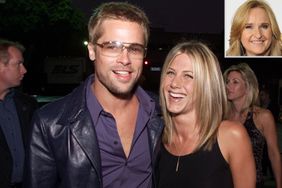 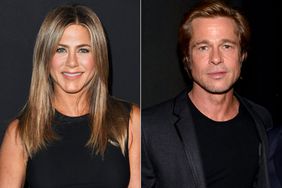 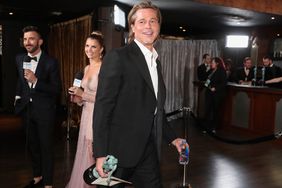