Amy Schumer has a lot to be happy about these days.

Her Emmy-nominated show Inside Amy Schumer is a smash hit. Her first feature, Trainwreck (which she stars in and co-wrote with Judd Apatow) hit theaters Friday. And to top it off, her fresh take on sexual humor and gender equality have turned her into a veritable feminist icon.

But like so many other successful stand-ups, Schumer, 34, discovered and crafted her humor in harder times.

After growing up on Manhattan’s Upper East Side, Schumer’s life turned upside down at the age of 12, when her father developed multiple sclerosis and his lucrative company went bankrupt.

The family, including her older brother Jason and younger sister Kim, downsized to Long Island, and soon afterwards her parents were divorced.

“It was Hunger Games” Schumer told Entertainment Weekly. “I was like, ‘I ll take it from here.’ I tried to make everything okay by making everyone laugh about how horrible things were. It kept us alive.”

When she was 17, Schumer remembers her father lost control of his bowels while dropping her off at an airport terminal.

“I was flying out to see my brother in Montana and I think I spent the flight looking out the window, blinking, she says. “By the time I got there and told him what happened it had become a bit.”

While honing her act in New York City comedy clubs, Schumer tried working the incident into her set. “People were like, ‘Nooooo, too dark,'” she told EW with a laugh. “In my family no one has ever laughed that hard at anything.”

The childhood memories might not have worked in the standup arena, but when Apatow heard Schumer talking about her father’s illness on the radio, he saw potential for a screenplay.

“I heard her on the Howard Stern show one day, and I thought, ‘Wow, she’s a real storyteller.’ And I called her and said, ‘Have you ever thought about writing a script?'” Apatow tells PEOPLE.

RELATED: Everything You Need to Know About Amy Schumer

When the two teamed up to write Trainwreck, they also included bits of Schumer’s much-joked-about love life.

“I was falling in love with a guy and scared out of my mind,” Schumer tells EW. “Judd and I talked about how all these defense mechanisms that get you through things start to bite you in the ass. I was trying to sabotage the relationship because I was afraid of getting hurt.”

In the film, the actress plays a journalist at a men’s magazine terrified by the idea of monogamy. While on assignment, she sleeps with a sports doctor (Bill Hader), who’s immediately falls for her and wants to settle down. Schumer’s movie persona also has a father with MS (Colin Quinn) and a younger, married sister who’s her best friend.

After finishing the script, Schumer says, “I looked up and thought, ‘Well, everyone in this room now knows my deepest fears.'”

When asked if opening herself up on film was therapeutic, Schumer laughed and said, “No.” 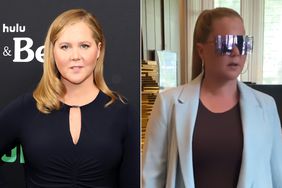 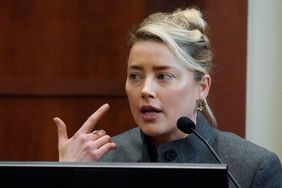 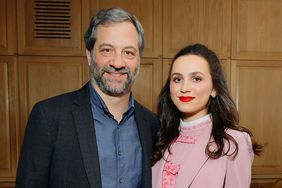 Judd Apatow Says He Was 'Bawling' After Watching Daughter Maude in 'Euphoria' : 'I'm in a Puddle' 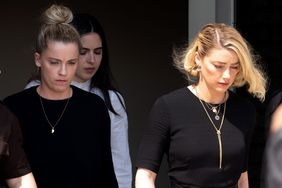 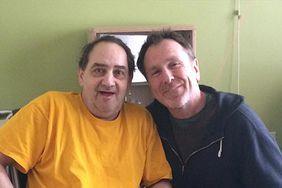 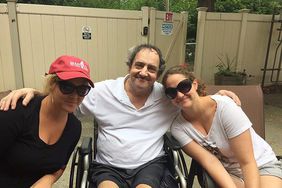