More than 2000 women across 50 different countries — discussing motherhood, education, marriage and sexuality — are featured in the project

Guests at the virtual premiere of Cinémoi's documentary film Woman got a special treat Tuesday night from Hillary Clinton.

During the event, the former presidential candidate and secretary of state, 72, surprised attendees with a special message encouraging women around the world.

The documentary by Anastasia Mikova and Yann Arthus-Bertrand features female heroes across the globe who have survived horrific circumstances to create change despite their difficulties.

More than 2000 women across 50 different countries — discussing motherhood, education, marriage and sexuality — are featured in the project.

"Violence and repression against women all over the world is still shockingly prevalent. Woman is an incredibly vital and important documentary that alerts and informs us all about the urgent and necessary challenge we have in helping women worldwide," actress Hilary Swank, 45, who cohosted the premiere with Cinémoi Network president Daphna Ziman, tells PEOPLE in a statement. "But it is also a film about strength, commonalities and hope that all women share. This is why I wanted to get behind the film."

Earlier this year, Ziman announced a coalition of women — including Swank, Chaka Khan and Macy Gray — had pledged to help raise $1 million for The Red Cross to help COVID-19 front line workers.

The network is also donating $1 for every eligible subscription from a Cinémoi App download to The REd Cross through Aug. 31. 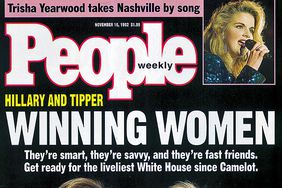