Spoiler alert — John Krasinski is back in A Quiet Place Part II.

In a new teaser trailer timed with this weekend’s Super Bowl, the 40-year-old actor’s character Lee Abbott is resurrected for an intense flashback sequence. At the start of the 30-second ad, Krasinski approaches a confused police officer amid a street left in disarray.

“Ronny, what do we got?” asks Abbott, to which the officer replies, “Some kind of fire. We got units headed out there now.”

The scene then quickly erupts into chaos as one of the noise-attracted aliens introduced in the previous film smashes into the cop car, and Abbott sprints back to his car to protect his daughter.

Krasinski’s return may come as a surprise to fans who mourned his character at the climax of the previous installment, released back in spring 2018. In the first movie — which received an Oscar nomination for Best Sound Editing — his character sacrificed himself in order to help two of his kids escape one of the rabid creatures.

While it was previously announced thatThe Office star would return to direct and write the upcoming sequel, fans were unsure whether Krasinski’s character would be incorporated into the highly anticipated follow-up.

In September, Krasinski announced that the crew had wrapped filming on A Quiet Place II by sharing a sweet photo of himself holding hands with wife Emily Blunt, who also reprises her role this time around.

“Well… that’s a wrap on #PartII See you on March 20th!” Krasinski wrote on Instagram.

The actor first teased his idea for the sequel in an interview he did with Deadline along with Blunt, 36, last year.

“The idea for it is pretty simple,” Krasinski said of the sequel. “I’m writing now — I don’t have it fleshed out — but the thought that occurred to me, that really excited me about it, was that most sequels are about the return of a hero or a villain. You take this character that people loved once and you bring them back, and you have to create a new world around them.”

He continued: “We have the exact opposite setup. We have the world, and you can drop whoever you want into that world and everyone feels connected to it.”

In the first full-length trailer released for the second installment, which dropped on New Year’s Day, Blunt takes over as the widowed Evelyn, looking after a newborn baby and her two older surviving children, leading her family into uncharted, monster-infested territory.

The family encounters a new character along the way, played by Cillian Murphy, who warns them, “The people that are left are not the kind of people worth saving.”

Offering another flashback glimpse at the world initially realizing there are deadly monsters on the loose, the first trailer shows Blunt navigating the dangerous streets filled with chaos as she tries to drive her kids to safety.

A Quiet Place Part II is in theaters on Mar. 20. 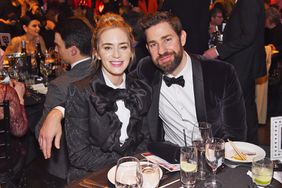 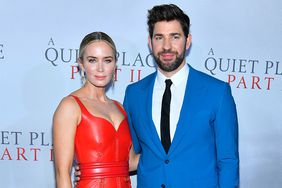 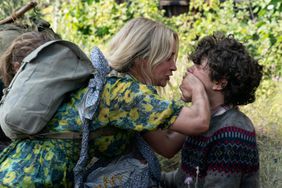 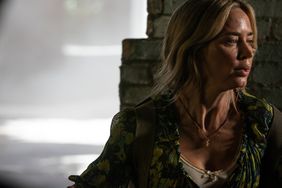