On Sunday, Harvey Weinstein was removed from his powerhouse film studio The Weinstein Company after being accused of decades of sexual misconduct in a New York Times report, according to Variety.

On Friday, the company announced that Weinstein would be taking a leave of absence while they conducted an internal investigation.

“We take extremely seriously the accusations published in today’s New York Times about our Company’s co-chairman Harvey Weinstein,” the company’s board said in a statement to PEOPLE on Friday. “It is essential to our Company’s culture that all women who work for it or have any dealings with it or any of our executives are treated with respect and have no experience of harassment or discrimination.”

The company said it had hired an independent law firm, John Kiernan of Debevoise & Plimpton LLP, to conduct an internal investigation into the accusations against Weinstein concerning sexual harassment.

“We believe it is important to learn the full truth regarding the article’s very serious accusations, in the interests of the Company, its shareholders and its employees,” the statement read. “Working with Mr. Kiernan will be his partners Matthew Fishbein, former Chief Assistant United States Attorney for both the Southern and Eastern Districts of New York, and Helen Cantwell, former prosecutor in the Southern District of New York and the New York County District Attorney’s Sex Crimes Unit, who have extensive experience in these kinds of investigations. The investigating lawyers will be reporting to a special committee of the board composed exclusively of independent directors.”

The board stated they “strongly endorse Harvey Weinstein’s already-announced decision to take an indefinite leave of absence from the Company, commencing today.”

“As Harvey has said, it is important for him to get professional help for the problems he has acknowledged,” the statement continued. “Next steps will depend on Harvey’s therapeutic progress, the outcome of the Board’s independent investigation, and Harvey’s own personal decisions.”

The company will be under the leadership of Weinstein’s brother and the company’s co-chairman, Bob, as well as its Chief Operating Officer, David Glasser.

A source close to the situation previously told PEOPLE that the company’s board met yesterday after the news broke. The 65-year-old mogul started the company in 2005 with his younger brother Bob, 62.

The source also said that because of his contract, Weinstein cannot simply be fired. He won’t be able to work while the investigation is ongoing, the source told PEOPLE.

Since news of the allegations broke, board member Dirk Ziff has resigned, according to TheWrap.

The company is now in deep talks about its slate of upcoming projects.

In a report by The New York Times Thursday, eight women, including actress Ashley Judd, came forward to accuse Weinstein of sexual misconduct. Following the allegations, the movie mogul announced plans to take a “leave of absence” in a statement to the NYT. 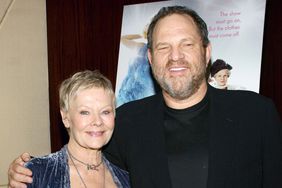 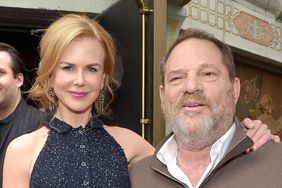