Harrison Ford has been a staunch supporter of the NYU Langone Center and FACES (Finding A Cure for Epilepsy and Seizures), which will benefit from the auction proceeds

Harrison Ford is willing to give the shirt off his back for a good cause.

Or, maybe a jacket.

The actor is auctioning off the rugged jacket he wore as Han Solo in Star Wars: The Force Awakens to benefit epilepsy research. The actor’s daughter Georgia has been living with the disease, and Ford has been an outspoken proponent for the cause.

The actor’s first scene in The Force Awakens – his first appearance in any Star Wars film in more than 30 years – features him wearing the signature piece of clothing, and the scene immediately sent fans into a frenzy at screenings.

Ford, 73, donated the jacket – which he signed in bright, shiny ink – to benefit the NYU Langone Center and FACES (Finding A Cure for Epilepsy and Seizures), with bidding starting at $18,000 on ifOnly.

Ford has been a staunch supporter of the Langone Center and the director of its Comprehensive Epilepsy Center, Dr. Orrin Devinsky, after he successfully diagnosed Georgia with having epilepsy following years of health scares involving multiple seizures.

Ford joked to the New York Post that he’d first have to snatch the Star Wars outfit back from Devinsky.

“Dr. Devinsky really wanted this jacket, and it fits him like a glove,” the veteran actor told the paper.

Earlier this month, Ford opened up about his daughter’s condition, and the family’s struggle to seek treatment – and strive for normalcy.

“When you have a loved one who suffers from this disease, it can be devastating,” he told the New York Daily News. “You know how it affects their lives, their future, their opportunities and you want desperately to find mitigation. You want to find a way that they can live a comfortable and effective life.”

He also praised Georgia, 26, his daughter with his second wife, the late screenwriter Melissa Mathison.

“I admire a lot of things about her,” he said to the Daily News. “I admire her perseverance, her talent, her strength. She’s my hero. I love her.” 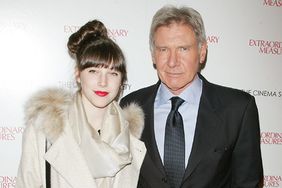 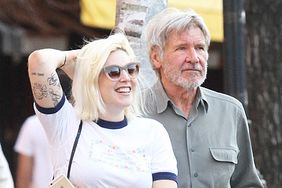 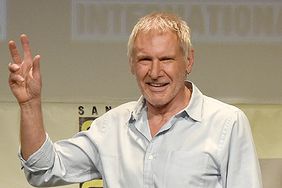