Robert De Niro is back in the ring as legendary boxing coach Ray Arcel, who famously helped train Roberto Durén to defeat Sugar Ray Leonard for the 1980 WBC welterweight title.

Durén and Arcel’s fascinating relationship is the subject of Jonathan Jakubowicz’s new film Hands of Stone. And if the Venezuelan writer-director didn’t know that casting De Niro in a boxing flick could draw some comparisons to a certain other boxing movie from his past, the Oscar winner made sure to remind him.

“The first time I met with De Niro he told me, ‘You do a serious boxing movie with me and it’s going to be compared to Raging Bull – and that’s not a very good thing,’ ” Jakubowicz tells PEOPLE with a laugh.

While he admits Raging Bull – which earned De Niro a Best Actor Oscar as real-life fighter Jake LaMotta – was “obviously present in all our heads,” he argues that Durén’s story is almost the opposite of LaMotta’s.

“In a way, Durén and Ray La Motta have something in common with their rage and self-destructiveness,” he explains. “But there is a celebratory nature in Durén, a cheerfulness for life, that Jake La Motta doesn’t have.”

He adds, “I think in many ways Durén is the anti-Raging Bull, he’s the guy who defeated his demons, and I don’t know if you can say the same thing about Jake in Raging Bull.

Born in Panama during a time of political upheaval, Durén (played in the film by Edgar Ramirez) grew up in poverty and without access to education. “He came from truly some of the poorest streets in the world,” says Jakubowicz. “He was illiterate, had no education, and no discipline. He was street fighter.”

By the time Arcel took an interest in Durén, the old man was already a legendary trainer, having coached scores of champs since the 1920s. “Arcel is an intellectual of boxing,” Jakubowicz explains. “He was the first to approach boxing as a mental sport and to create strategy for the fights. He really conveyed the idea to his boxers that boxing is fought just as much in their head as in the ring.”

Arcel believed that his strategic influence, combined with Durén’s raw power, could be unstoppable. “I felt these colliding worlds of the street savage and the intellectual came together and created a phenomenal dynamic that truly benefited both men.”

That dynamic was a strong influence on the way Jakubowicz chose to film the movie. In the exclusive clip above, the director says he attempted to film the scene from Arcel’s unique perspective.

“In the clip that you see here, I used Phantom cameras that shoot in 600 frames per second,” he explains. “It’s an ultra slow-mo effect that cuts back and forth between the action and Arcel’s eyes, because I wanted to convey that the way Arcel sees a fight is different from the way you and I see a fight.”

He adds, “It’s a different thing to just watch two people boxing and to see them through the eyes of Ray Arcel. And that was, for that particular fight, the approach we took.”

In addition to the camera work, Jakubowicz and his actors went above and beyond to recreate the feel of Durén’s fights. Ramirez actually trained with Durén’s real-life sons for the role, and when the real-life champ saw the first trailer for the film, he could not believe his eyes.

“The first time I showed the trailer to the actual Durén, he literally thought we used CGI on Edgar’s face,” Jakubowicz says, laughing. “He was like, ‘You’re not going to fool me, you did some s— with computers.’ ” 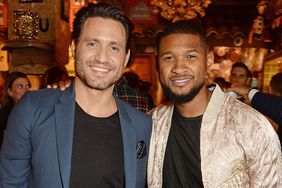 WATCH: How Usher and Edgar Ramirez Got in Fighting Shape to Play Boxers Sugar Ray Leonard and Roberto Duran in 'Hands of Stone' 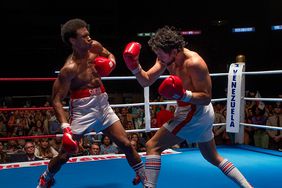 Usher Is Ripped! He Reveals the Diet and Workout That Got Him into the Best Shape of His Life 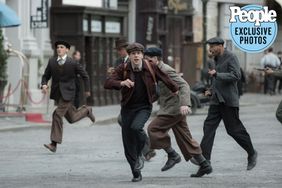 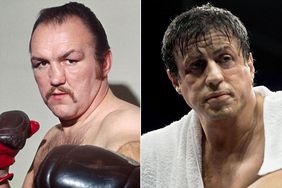 At 19, Mark Breland Fights His Way from Brooklyn to a Film Role and a Shot at the 1984 Olympics

Fifty Years After the Glory, Forgotten Legend Henry Armstrong Quietly Slips Out of the Ring