The Hamilton movie, which was filmed with the original cast, was a smash hit over the holiday weekend

Hamilton continues to turn everything gold.

The hit Broadway musical premiered in 2015 and went on to win 11 Tony Awards, all while turning into a cultural phenomenon. While the filmed movie version of the musical was originally set to hit theaters in October 2021, creator and star Lin-Manuel Miranda and Disney surprised fans by making it available during the 4th of July weekend on Disney+ — and it paid off big time.

According to Variety, the streaming app was downloaded 752,451 times globally, including 458,796 times in the U.S., from Friday to Sunday. That's 74% more downloads than the four previous weekends in June.

The movie was a smash hit and dominated the conversation over a difficult Independence Day weekend as Americans reckon with the continuing COVID-19 pandemic and the heightened conversations about racial justice and police brutality.

Lin-Manuel Miranda on How Hamilton 'Hits in Different Ways, Based on Where America Is'

Before the movie came out, Miranda opened up about how the message of the production resonates in the United States amid social unrest in an interview with WSJ. Magazine.

“That is, to me, the dialogue that’s happening now,” Miranda told WSJ. Magazine. "There’s nothing new about what’s happening. It’s been interesting to see the different things that pop up, because I was trying to tell this specific story, but I was grabbing from the America I know. So it all hits in different ways, based on where America is.”

The 40-year-old said that while protests against police brutality and systemic racism grip the country in the wake of the deaths of George Floyd and Breonna Taylor, he's "as OK and as fed up and as tired and as energized and as angry and ... I’m where everybody else is."

Among the viewers were dozens of celebrities, who took to social media to praise the movie.

The Tonight Show’s Jimmy Fallon wished fans on Twitter a “Happy Hamilton Day!!!” writing, “I wish I could see it AGAIN for the first time.” He congratulated Miranda, who both created and stars in the production, as well as the entire cast, writing, “The world is watching!! You changed the game.”

Famed American filmmaker Ava DuVernay also took note of the first time she saw Hamilton in theater, uncovering a past tweet from March 2015: “When I take in art so stellar it makes me jealous + proud all at once, I call myself dazzled. @Lin_Manuel, your glare is glorious. #Hamilton,” she wrote at the time.

On Friday, she re-shared the tweet with a new message: “Throwback to my first tweet about #Hamilton after seeing off-Broadway about a month after it opened at The Public. Seen several times since, and I always feel the same as the first night. Tonight was no exception. Brava @Lin_Manuel and each beautiful artist who touched this gem.” 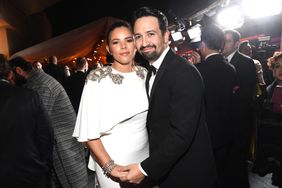 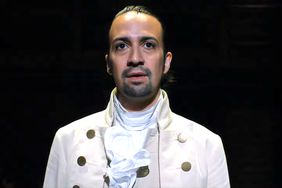 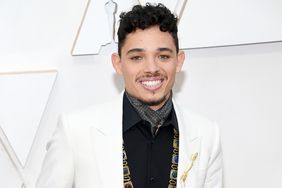 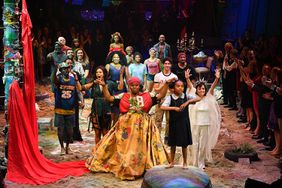 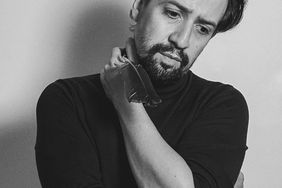 Lin-Manuel Miranda on How 'Hamilton' 'Hits in Different Ways, Based on Where America Is'