"She is a warrior. I have never met someone stronger in my life," the Broadway star's wife tells PEOPLE

Hamilton actor Miguel Cervantes and his wife Kelly are quietly preparing to say goodbye to their 3-year-old daughter, who has entered hospice care after suffering from a neurodegenerative disorder for much of her short life.

Adelaide, whose fourth birthday is next week, experienced her first seizure when she was 7 months old after missing some traditional milestones for children her age.

Doctors would quickly determine that the seizure was a result of epilepsy. At 9 months old, Adelaide was diagnosed with infantile spasms (IS.) And coincidentally, at the very same time, Miguel would land the role of a lifetime as Alexander Hamilton in Chicago production of Hamilton.

“Oh, she was feisty as hell,” Kelly, 37, tells PEOPLE of her daughter, who entered hospice care last week after nearly a lifetime of battling seizures no one can still quite explain. “She is a warrior. I have never met someone stronger in my life. She shared her opinions in her own way.”

For a moment, Kelly’s stoic nature and the strength that she has worn like a shield over the past three years begins to crumble.

“She came into the world and she had a mission and a story,” Kelly says, her tears falling.

And then, her strength returns.

“I’m so proud that no one will ever forget her story,” she says.

Indeed, Adelaide’s story has captivated millions. Not only does her father Miguel, 42, play the lead role in the Chicago production of Hamilton, but her mother Kelly has shared the incredible story of Adelaide’s short life via her popular blog Inchstones and through her work with the Citizens United for Research in Epilepsy (CURE), which raises funds for research into a cure for the devastating illness.

First chronicled in PEOPLE back in November of 2018, Adelaide’s grueling story began at the beginning of her short life.

RELATED ARTICLE: How Does Someone — Like Cameron Boyce — Die from Epilepsy? A Neurosurgeon Explains

“When we first found out that something was wrong, we started Googling around about infantile spasms, and it was just terrifying,” Miguel says. “It was then that we also started to notice a loss of ability. Adelaide had always been a thumb sucker. When that stopped, the doctors told us that it wasn’t a sign of the seizures per se. This was a regression within the brain. And we began to realize that this was something that could be terminal.”

Over the next few years, the family did their best to stay positive, providing Adelaide with the very best in medical care. But the end of her story started to become much clearer with each passing day.

“Her brain was actually getting smaller,” explains Miguel, who continues to perform, on average, seven shows a week. “When you spend years watching your child suffer…” his voice trails off.

“We didn’t realize her life would be this short,” adds Kelly. “We have been flailing around for so long. There is only so much we can do for Adelaide. We are grateful for every single day we have had with her.”

Indeed, through it all, Miguel and Kelly have continued clinging to one another while in the midst of a swirling hurricane of doctor visits and test results.

“When you need something and you don’t know what to do, you need to be able to lean on the person you are with,” Miguel says.

“Throughout this whole journey, we constantly have had to check in with each other,” adds Kelly. “We have been making tough decisions her whole life.”

She pauses. “The next phase of our marriage is going to be as hard as f—, but we will get through it,” she says.

And in addition to the countless people supporting the family through it all, there is one other person that is providing the much-needed light within this dark journey — their son Jackson, 7.

RELATED ARTICLE: Ryan Murphy Announces that His Son Ford, 5, Is ‘Cancer-Free’: ‘I Am So Proud’

“He is what keeps me strong,” says Kelly. “He understands what is going on with Adelaide more than I ever thought he would. But at his core, he’s still just a 7-year-old. He’s a goofball. He runs around this house and brings an energy that we need. And he needs us. We might be going through the worst thing ever, but he is the one that gets us up when we are just fighting emotionally to get out of bed.”

And no matter what happens in the days to come, Miguel and Kelly will continue that fight to live, not only for Jackson and themselves and the countless number people whose lives changed as a result of their daughter’s story, but they will always fight for Adelaide and the legacy she will forever leave behind.

“I’m never going to ask why these things happen and oh, I’d give away all that I have to have Adelaide here,” he says quietly. “But without her condition, we would have never met the strong and amazing people we are surrounded by right now. We have been giving this platform to talk about infantile spasms and epilepsy. And we have been given this platform to tell people about Adelaide. And that’s exactly what we intend to do.” 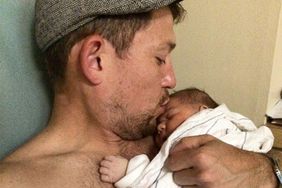 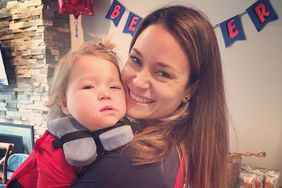 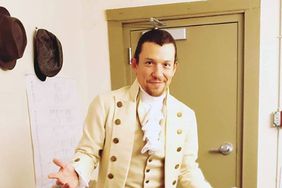 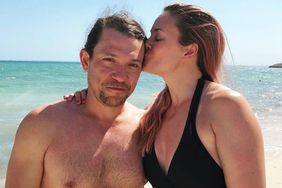