Kimberly J. Brown said she's "profoundly honored and humbled that people still want to watch it every year and share it [with] their families"

On Saturday, the actress shared a video on TikTok, recreating her iconic witch outfit from the film to commemorate the October 17, 1998, premiere anniversary and the spooky month of October.

In the clip, Brown pulls out a witch hat, and right as she places it on her head, her outfit transforms into the costume. "Just wanted to see if it still fits," she captioned the video.

Brown later shared a throwback photo of herself and shared a sweet note about working on the classic Halloween movie.

"In 1998, this 13 yr old girl spent her summer playing the teenage witch granddaughter of Debbie Reynolds in the @disneychannel film #Halloweentown, having no idea what special magical life the film would have yearrrsss after it premiered," she wrote.

"And here I am, on its 22nd anniversary, profoundly honored and humbled that people still want to watch it every year and share it w/their families," Brown added. "While I was so inspired by playing Marnie and by sharing the screen w/ Debbie and the amazing cast; I never could have known how much magic and inspiration you the fans would show me year after year. I’ll never be able to truly express what it has meant to me. Happy Anniversary #halloweentown, Marnie is so grateful for all the magic 💜 ✨."

Keeping the magic of Halloweentown alive, Brown also opened up an Etsy shop called Craftily Creative where she sells a wide variety of items, including plenty of Halloweentown-themed wares.

Her first item was a graphic T-shirt that reads, “Being normal is vastly overrated.” The iconic line, originally said by the late Debbie Reynolds‘ character Grandma Aggie. 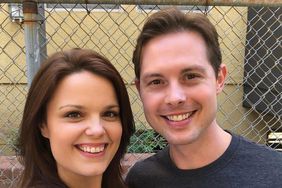