"I was a black child being raised by a white woman, so I didn't have those images in my household," Halle Berry says in the new PBS documentary American Masters: How It Feels to Be Free

Halle Berry is acknowledging how the presence of Black women in Hollywood shaped her life and career.

In PEOPLE's exclusive clip from the PBS documentary American Masters: How It Feels to Be Free, premiering Jan. 18, the 54-year-old Oscar-winning actress explains how seeing Black actresses in movies and television had a "crucial" impact on her as a young girl.

She continues: "Seeing Diahann Carroll being the star of a show and playing a mother who was a nurse, who was educated, who was beautiful, just rearranged me and it made me realize I had value and I could turn to every week, a woman that looked like who I would aspire to be when I grew up."

"It was very, very important," adds Berry, who explains that she needed Black female role models when growing up since her mother, Judith Ann Hawkins, is white.

"I was a Black child being raised by a white woman, so I didn't have those images in my household," she says. "Finding them on television and through movies became very, very crucial to me."

The documentary tells the story of how six celebrate women — Horne, Carroll, Abbey Lincoln, Nina Simone, Cicely Tyson, and Pam Grier — broke through an entertainment industry hell-bent on keeping them out and looks at their activism as precursor to contemporary movements like #BlackLivesMatter. The film features interviews and archival performances with all six women as well as original conversations with contemporary artists they influenced, including Berry, Lena Waithe, Meagan Good, LaTanya Richardson Jackson, Samuel L. Jackson, and family members such as Horne's daughter Gail Lumet Buckley.

American Masters: How It Feels to Be Free premieres Jan. 18 on PBS. 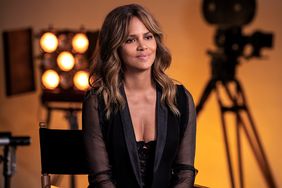 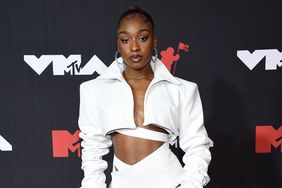