"A real woman can do it all by herself, but a real MAN won't let her," Halle Berry wrote in her birthday tribute to Van Hunt

On Monday, the Oscar winner, 54, celebrated Hunt's big milestone by posting a tribute to the musician on Instagram, writing, "A real woman can do it all by herself, but a real MAN won't let her."

Berry also posted a photo of herself cuddled up next to the musician, as well as videos of the couple sharing a laugh together.

"Happy birthday VanO," she continued in the caption. "I only wish I'd known you sooner so I could have loved you longer!❤️"

In honor of the romantic holiday, the actress shared photos of the couple wearing matching onesies with multi-colored hearts on them while reclining in bed.

"To all the Valentines who may be struggling to get it right...I feel you, but never give up and NEVER SETTLE for less than what makes your heart sing!" she captioned the post.

"No matter what they say or what they call you. No matter how many times you try, it's always worth it," Berry added. "If you desire love, you will find your match, your equal ....your person...even if it takes you until you're 54! Happy Valentine's Day #vdayphotodump."

Berry also posted a cheeky video that showed the pair from behind, dancing topless on a balcony to Hunt's song "Being a Girl."

"You keep everything simple @vanhunt ✨#valentinesdayweekend," she wrote alongside the flirty footage on Instagram. "Music by the one & only Van Hunt @meundies."

Hunt posted a snapshot from their sexy shimmy session on his own Instagram account, writing, "Smilin' cheek to cheek. Happy Valentine's eve."

In September, a source told PEOPLE that the couple had been seeing each other for "several months," and Hunt had already met Berry' son Maceo, 7, and daughter Nahla, 12.

"They are spending a lot of time at Halle's Malibu house," said the insider. "She really seems to enjoy the quiet time. Van has met her kids, so it seems pretty serious."

An additional source told PEOPLE that the pair, who celebrated Berry's birthday together in Las Vegas in August, "respect each other and have a great deal in common."

"Both are very successful and smart, and they seem to be in a mature relationship," the insider added. "It seems like a really good match." 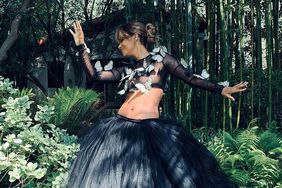 Halle Berry Bares Her Abs in a Crop Top and Ball Skirt Just Because: 'Looking for a Red Carpet' 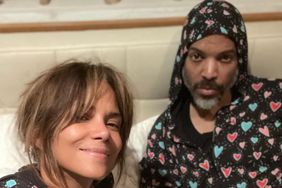 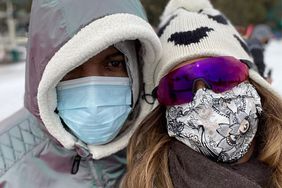 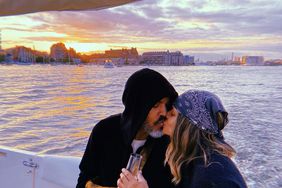 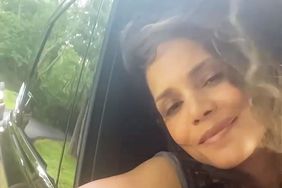