Gwyneth Paltrow and Brad Falchuk are sure to invite some of their most famous friends to their wedding.

Gwyneth Paltrow‘s getting married to Brad Falchuk this Saturday in the Hamptons, PEOPLE confirms — and the guest list is sure to be packed with A-list friends.

A source told PEOPLE the duo celebrated with an intimate rehearsal dinner at the estate of longtime friend Jerry Seinfeld on Friday.

Cameron Diaz and her husband Benji Madden are set to attend, a source tells PEOPLE, as is Paltrow’s Iron Man costar Robert Downey Jr. and his wife Susan.

Here’s a list of the friends we can maybe expect to see at the big event.

In April, the couple celebrated their engagement with a party in Los Angeles which was hosted by Falchuk’s producing partner Ryan Murphy.

Other stars were also photographed at the luxurious bash including Liv Tyler, Chelsea Handler and Jerry and Jessica Seinfeld.

Girlfriends from the Bachelorette Party

That same month, Paltrow enjoyed a bachelorette party in Cabo, Mexico with some of her girlfriends, including Diaz and designer Stella McCartney.

“Gwyneth arrived in Cabo Wednesday with a group of girlfriends, including Stella McCartney, for her bachelorette party,” a source told PEOPLE. “She looked ecstatic. They have many fun activities planned, including pool time, spa and fun dinners.”

It’s possible Paltrow’s ex-husband and Coldplay frontman Chris Martin will attend the wedding. The two eloped in 2003 and split in 2014, but have kept a friendly relationship through the years.

The pair also shares two children, 14-year-old Apple and 12-year-old Moses. Paltrow hasn’t shied away from giving fans a glimpse of her relationship with Martin, 41.

In June, she honored both Martin and Falchuk for Father’s Day on Instagram with separate posts.

Paltrow called him “my brother” during an interview on The Late Show with Stephen Colbert in January.

The singer has since been dating Fifty Shades of Grey actress Dakota Johnson. 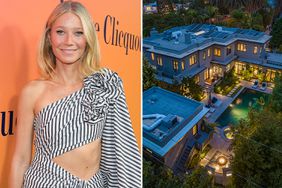 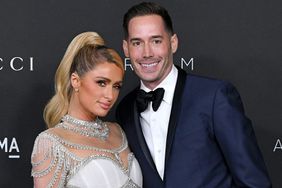