Gwyneth Paltrow is enjoying a bit of domestic bliss with her happily blended family.

One month after marrying TV producer Brad Falchuk, 47, the actress, 46 and her new husband — who affectionately refer to themselves as The Faltrows — have settled into a cozy life together as a new family of six. They are enjoying living together at Paltrow’s Los Angeles home and divvying up parental duties like kid carpools

“They enjoy quiet nights at home with the kids,” says a Paltrow pal. “Gwyneth cooks, and they all catch up over family time.”

For much more on Gwyneth Paltrow and her newlywed life, pick up the latest issue of PEOPLE on newsstands Friday

Paltrow is mom to Apple, 14, and Moses, 12, with ex-husband Chris Martin, and Falchuk shares son Brody and daughter Isabella with ex-wife Suzanne Bukinik, whom he was married to for 10 years before filing for divorce in March 2013.

Inside Gwyneth Paltrow and Brad Falchuk’s Newly Blended Family: ‘She Loves’ Being a Stepmom

“She is crazy in love with him,” adds the friend of the Oscar winner. “Brad is a fantastic guy. You can tell he is crazy about Gwyneth. They have a very special relationship.”

The ‘Faltrows’ married Sept. 29 in the backyard of Paltrow’s Amagansett, N.Y., country house. 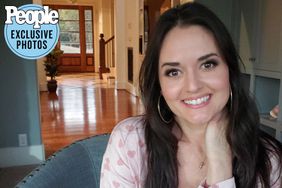 Danica McKellar Reveals She Moved to Rural Tennessee: 'My Christmas Movie Characters Have Rubbed Off on Me' 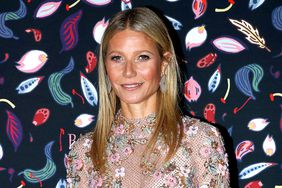