Lupita Nyong'o and Michael B. Jordan teased fans with some faux romance on Sunday — and a love triangle!

Lupita Nyong’o and Michael B. Jordan teased fans with some faux romance on Sunday — and a love triangle!

The two Black Panther actors, along with their costar Danai Gurira, staged a makeout scene in a photo booth at the InStyle & Warner Bros. Golden Globes afterparty (sponsored by L’Oréal Paris and Cadillac) on Sunday night.

The hilarious clip features The Walking Dead alum, 40 — dressed in a stunning red Rodarte gown — strolling in front of an elevator as the doors slowly open to reveal Jordan, 31, with his arms wrapped around the Us actress, 35.

Gurira then steps into the elevator, pushes the Creed star aside, and dips Nyong’o — in electric-blue Calvin Klein — so she can give her another smooch as the doors close.

Taraji P. Henson Lost Her Ring in a Golden Globes Crowd — But Terry Crews Came to Her Rescue!

Nyong’o shared the clip on her Instagram with the caption: “When the cat’s away…”

Jordan also posted it, writing, “And I’m still KING,” with the crown and crying-laughing emojis.

Jordan and Nyong’o first sparked dating rumors when they exchanged flirty tweets in February 2018 while participating in a celebrity prank show, MTV’s Safeword.

The flirtation kicked off when the Oscar winner tweeted a video backstage at The View, where she made Jordan drop down for a push-up: Apparently after winning a bet on the set of Black Panther, Nyong’o earned the right to command her costar to exercise.

Things heated up when Jordan, in a since-deleted tweet, replied, “Bring them chocolate cakes back. You ready for round 2?” For some extra spice, he added the hashtag “#youknowyouwantthis.”

Nyong’o then shot back, “No dessert until you come correct,” with the hashtags “#youknowyouwantthis” and “#youaintready.”

Eventually Jordan cleared the air: It was all for the show.

What Happened When the Cameras Weren’t Rolling? The Most Fun Photos from Inside the Golden Globes

In addition, in March for Nyong’o’s 35th birthday, Jordan sent her some special love when he posted a sweet shot of the two on his Instagram to celebrate.

“She looks elegant right?! Graceful! Timeless! No this is the look of a killer getting ready to give me push ups in knee deep popcorn !!!” he wrote. “I’ve had the pleasure of knowing what a beautiful soul you have & witness you shine your light on the world through your work your passion your joy & in everything you do. Those of us who are lucky enough to know you personally are definitely changed for the better! HAPPY BIRTHDAY!!!” 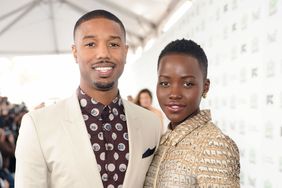 'Black Panther' Fans Flip Out After Michael B. Jordan Flirts with Lupita Nyong'o on Twitter 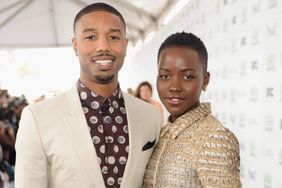 Michael B. Jordan and Lupita Nyong'o Deny They Are Dating Despite Having 'Good Chemistry' 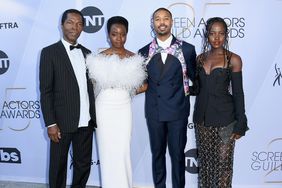 'Black Panther' Fans Are Still Shipping Michael B. Jordan and Lupita Nyong'o at the 2019 SAG Awards 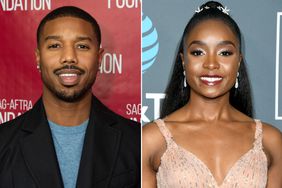 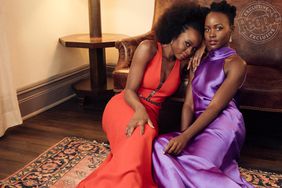 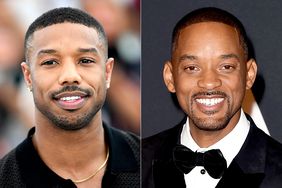 Michael B. Jordan Reveals He Went to Will Smith for Advice on How to 'Navigate' Fame 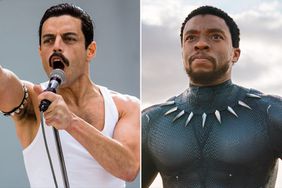 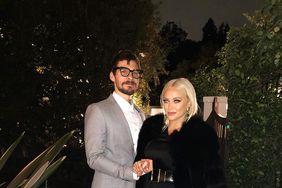