Gina Carano is starring in and producing the Western film, which is expected to debut next year on conservative news and opinion website The Daily Wire

Gina Carano is charting her way back to acting after being ousted from Disney+'s The Mandalorian series eight months ago for her controversial social media posts.

On Tuesday, Deadline reported that Carano, 39, began filming a Western titled Terror on the Prairie, which she's starring in and producing along with The Daily Wire. According to the outlet, the movie is expected to debut on DailyWire.com in spring 2022, and it will be her first release since leaving Mandalorian.

On Wednesday, Carano posted a photo on Instagram from on location in Montana, writing that it is "fast becoming one of my favorite states.. the weather decided to take center stage the first few days of filming.. it goes zero to 100 real quick. I love that."

The actress and former MMA fighter will not return to her role as Cara Dune in the Emmy-nominated Star Wars series The Mandalorian, Lucasfilm announced in February.

"Gina Carano is not currently employed by Lucasfilm and there are no plans for her to be in the future," a LucasFilm rep said in a statement to PEOPLE at the time.

Her dismissal came after she made controversial posts on social media, prompting backlash and calls for her removal from the franchise. In one screenshot captured by a social media user, Carano shared a post from another account that seemingly compared the treatment of conservatives in the U.S. to that of Jewish people during Nazi-era Germany.

Carano soon hit back at critics without apologizing, and revealed a new movie project with The Daily Wire, a conservative news and opinion website founded by political commentator Ben Shapiro.

"The Daily Wire is helping make one of my dreams — to develop and produce my own film — come true," Carano said in a statement at the time. "I cried out and my prayer was answered. I am sending out a direct message of hope to everyone living in fear of cancellation by the totalitarian mob. I have only just begun using my voice which is now freer than ever before and I hope it inspires others to do the same. They can't cancel us if we don't let them."

In September 2020, Carano also came under fire when she changed her Twitter bio to read "beep/bop/boop" — which some people believed was an insensitive reference to preferred pronouns social media users often include in their profile pages.

"They're mad cuz I won't put pronouns in my bio to show my support for trans lives. After months of harassing me in every way. I decided to put 3 VERY controversial words in my bio.. beep/bop/boop I'm not against trans lives at all," she tweeted at the time.

Carano (also known for roles in movies like Haywire and Deadpool) later removed the words. She explained that her Mandalorian costar Pedro Pascal — whose sister Lux came out as a transgender woman — helped her "understand why people were putting them in their bios."

"I didn't know before but I do now. I won't be putting them in my bio but good for all you who choose to," she previously wrote in a tweet. "I stand against bullying, especially the most vulnerable & freedom to choose."

She added in another tweet at the time, "Beep/bop/boop has zero to do with mocking trans people & 💯 to do with exposing the bullying mentality of the mob that has taken over the voices of many genuine causes."

As recent as over this past weekend, Carano posted on Instagram about the "cancel culture mob."

In March, Disney CEO Bob Chapek said Carano's firing from Mandalorian happened because she didn't align with the company's values. He said at the time, per The Hollywood Reporter, that he doesn't think Disney is "left-leaning or right-leaning," and clarified by saying the company stands for "values that are universal — values of respect, values of decency, values of integrity and values of inclusion."

Gina Carano Breaks Her Silence After' The Mandalorian' Ousting amid Controversy, Doesn't Apologize 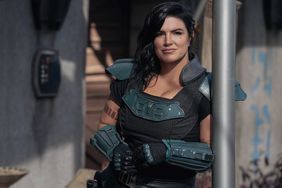 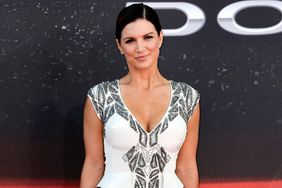 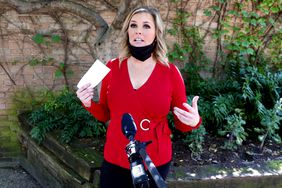