The report, titled "War Crimes Shouldn't Pay," is the result of investigations led by Clooney's The Sentry

George Clooney is pulling back the curtain on the shadowy world of corruption and profiteering fueling Africa’s deadliest conflicts.

Clooney, along with fellow actor and activist Don Cheadle, rolled out an investigative report on South Sudan war-crime networks at the National Press Club in Washington, D.C., on Monday.

The findings are a result of the investigative efforts of The Sentry. Cofounded by Clooney and Africa humanitarian John Prendergast last summer, The Sentry has tapped former financial forensic investigators to expose top officials in South Sudan connected to mass atrocities. Cheadle, meanwhile, is a founding board member of Not on Our Watch, a global human-rights group that collaborated with The Sentry on the report.

“We have the moral obligation and ability to act,” Clooney told the room full of domestic and international journalists assembled for the press conference this morning. He and Cheadle outlined the highlights of the report, including evidence of complicity in looting and destruction of South Sudan on five different continents, and outlining measures that could be employed to end the corruption – all as a precursor to a White House meeting later in the afternoon with President Obama and Secretary of State John Kerry.

Generally solemn but occasionally chuckling at the absurdities of the crimes, Clooney reminded the audience, “You can’t shame war criminals – we’ve learned that over the years. But you can shame banks and people. And we have the moral obligation and ability to act.”

Together with several principals from The Sentry, Clooney and Cheadle described evidence of vast wrongdoing and outlined strategies to use their information to counter atrocities.

Cheadle told PEOPLE that his personal involvement with The Sentry “started in Darfur, in Sudan, with the genocide that was happening there. The evidence just led us to this. Hopefully we’ll get back to Darfur. We’re not finished. This is just the beginning.”

When asked which countries are the heaviest supporters, Cheadle told PEOPLE, “It’s the difference of who are the countries that are supporting on paper and who are the countries that are actually going to be substantively moving on this issue. We hope that as we speak to President Obama this afternoon, he will actually take an executive order and make this a priority before he’s finished with his term and to see some movement here, because the people in South Sudan are suffering daily.”

Clooney closed the conference with a call to action to the assembled journalists: “Investigate us. But don’t take our word for it. Investigate it yourself. Look at the information with an open mind.” 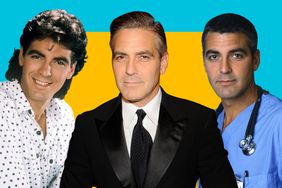 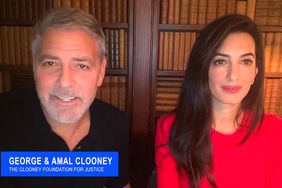 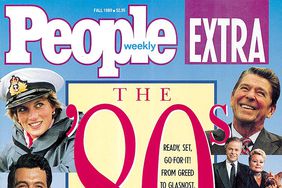