Costar Brad Pitt's screen character is even goofier than his own, says George

Having survived working with filmmakers Joel and Ethan Coen on 2000’s O Brother, Where Art Thou? and 2003’s Intolerable Cruelty, one would think George Clooney would know how to go with their flow. Guess again.

“I don’t even understand what it is,” the generally clear-headed star, 46, tells MTV News about the plot of his current production with the cineaste siblings, titled Burn After Reading. It costars a newcomer named Brad Pitt.

“We have no idea what we’ve done,” says Clooney. (The movie will open Sept. 12.) “The only thing I feel confident about is, as bad and goofy and dim as I am in the movie, Pitt might be dimmer. And that makes me know I have a little cover.”

Joel Coen described Burn After Reading to About.com as being “about the culture of the Central Intelligence Agency and the culture of physical fitness in Washington, D.C., and what happens when those two worlds collide. It’s also about Internet dating.” 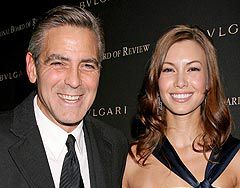 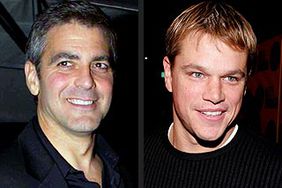