Gal Gadot Responds to Backlash From 'Imagine' Video: 'I Had Nothing But Good Intentions'

"I can only say that I meant to do something good and pure, and it didn't transcend," says Gal Gadot

Gal Gadot is responding to the backlash she received after releasing her now infamous “Imagine” video in March.

“Sometimes, you know, you try and do a good deed and it’s just not the right good deed,” the Wonder Woman star said in the November issue of Vanity Fair. “I had nothing but good intentions and it came from the best place, and I just wanted to send light and love to the world.”

“I started with a few friends, and then I spoke to Kristen [Wiig],” she added. “Kristen is like the mayor of Hollywood. Everyone loves her, and she brought a bunch of people to the game. But yeah, I started it, and I can only say that I meant to do something good and pure, and it didn’t transcend.”

Gadot, 35, shared the original video on her own Instagram account, telling her followers that she had been “feeling a bit philosophical” while in “self-quarantine” during the novel coronavirus (COVID-19) pandemic, which at that point had only recently begun in the U.S.

The Israeli actress shared that she had been inspired after seeing a video of an Italian man playing the trumpet on his balcony for his neighbors while the country remained on a nation-wide lockdown.

“He was playing ‘Imagine’ and there was something so powerful and pure about this video,” she said before the cameo-ridden song began. Natalie Portman, Jimmy Fallon, Zoë Kravitz, Will Ferrell, Amy Adams, James Marsden, Mark Ruffalo, Sarah Silverman, Sia, Maya Rudolph and more joined in to sing a line of the John Lennon song.

However, Gadot’s video received some criticism online from people who said that celebrities should be donating to aid in COVID-19 relief rather than simply singing about a better world.

In April, Fifty Shades of Grey star Jamie Dornan defended the video, saying Gadot was “trying to do a good thing.” “I just got dragged along with it,” he added.

As for what he thinks caused the online backlash, Dornan said, “I’ll tell you what the problem was. I literally did mine in the toilet of my house. Quite clearly, some people had escaped to their second home. There’s too much acreage in the background, too many beautiful trees swaying in the background, clearly in front of an ocean, that sort of craic.”

Gal Gadot Reflects on Infamous 'Imagine' Cover: 'It Was in Poor Taste' 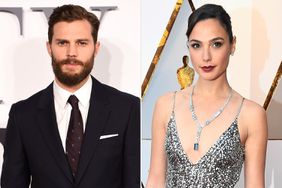 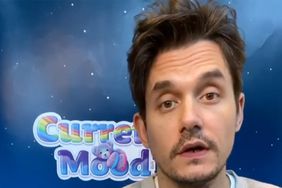 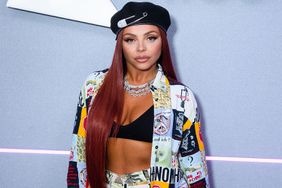