Gabrielle Union celebrated the country's birthday with some of her favorite people.

The L.A.'s Finest star, 48, snuggled up to husband Dwyane Wade on the beach in the Hamptons, as she shared some moments from their Fourth of July family getaway. Union dazzled in a colorful ankle-length floral wrap dress over cutoff denim shorts, as she and the retired NBA pro, 39, showed some PDA in some sweet sunset photos.

They also posed for a family photo with 2½-year-old daughter Kaavia James in a short video clip, before someone captured some candid photos of the proud parents beaming as they watched their baby girl playing. "Us watching @kaaviajames be fearless and live her best life. The best feeling," Union wrote in the caption.

Wyade recently opened up to PEOPLE about raising his children to embrace their authentic selves. "My focus when it comes to any of my kids is to let them know who they are so that when other people's opinions about them are formed, it's not hitting them," he said in April.

Union also explained that she wants to offer a different environment for her children to grow than the one in which she was raised. "I was raised to assimilate. I was raised to conform," she said. "But we are raising our kids to know they are worthy because they exist. We don't want them to ever shape shift for anyone else's approval or acceptance. We want them to be free to be who they are."

The Bring It On actress married Wade in August 2014, becoming stepmother to his sons Zaire Blessing, 19, Xavier Zechariah, 7, and daughter Zaya, 14, as well as Wade's nephew Dahveon, 19.

Wade recently commented on the backlash he's faced for supporting Zaya, who came out as transgender last year, telling PEOPLE he doesn't "focus on the hate" they receive.

RELATED VIDEO: Dwyane Wade Jokes He and Gabrielle Union Would Have to Do 'Therapy' If Competed on New Game Show

"If you're doing something that is new or uncommon, you're going to have people who don't want to understand," Wade added. "We don't focus on the hate, but we know we have to address certain things because we understand that the platform that has been given to us is not just going to be all roses ... Now it's our job to educate on subjects and to be more knowledgeable about it." 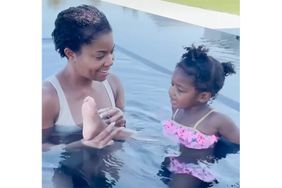 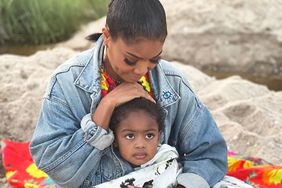 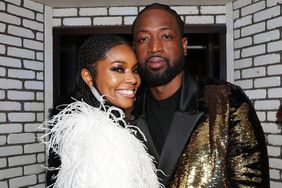 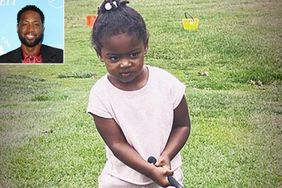 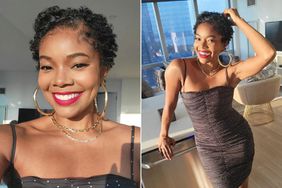 Gabrielle Union Reveals a Cute, Chopped 'Do as She Assures 'Things Are Gravy': 'It Hits Different'