Gabrielle Union and Dwyane Wade‘s romance seems straight out of a movie – so the stars went Hollywood with their wedding video.

The Being Mary Jane actress and Miami Heat shooting guard are sharing a trailer for a film about their lavish August 2014 nuptials, The Wade Union, exclusively with PEOPLE, and it’s got us calling for an Oscar nom. Or at least a reality show spinoff.

Like any good romantic comedy, it’ll make you cry, laugh and pine for the day you, too, find your knight in shining basketball uniform.

“D, I’ve seen a change in you. You’re happy. Gab, you’re happy,” comedian Kevin Hart, Union’s co-star in actual rom-com Think Like a Man, tells the couple in his toast. “You guys had a perfect f—ing day. I apologize for cussing, people, but I’ve been drinking.”

Then, there’s a montage set to Sister Sledge’s “We Are Family” of Union, 42, and Wade, 33, getting ready for the big day, saying “I do” and partying into the night with celebrities like John Legend and Ludacris.

Considering they celebrated their one-year anniversary with an exotic vacation, we think it’s time for a destination sequel. 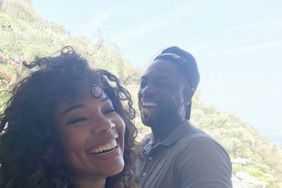 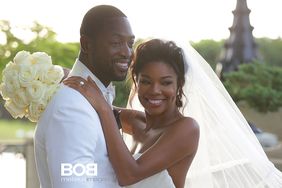 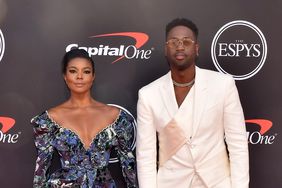