In a special sneak peek of the new “land” at Walt Disney World in Orlando, View star Whoopi Goldberg and Avatar director James Cameron stand before the “floating mountains” that help bring the alien planet to vivid life. A preview of Pandora airs Thursday on The View at 11 a.m. ET.

The View has been broadcasting from Disney’s Animal Kingdom all week, and when asked to name the favorite part of the visit, Goldberg tells PEOPLE, “Getting to walk through Pandora with James Cameron and see what the Disney imagineers have created in terms of what Avatar was and now what it is as a functioning part of the park.”

The 12-acre World of Avatar, which is based on Cameron’s 2009 blockbuster, opens May 27 and features two new attractions: Avatar Flight of Passage, a thrill ride through the mystical world’s jungles and floating mountains, and the family-friendly Na’vi River Journey, in which guests will sail through a glowing rainforest.

Among the other highlights of Goldberg’s stay at Walt Disney World: “It’s been great just being able to march with the Storm Troopers, Darth Vader, and give out Dole Whip – I’ve had a great time.”

The outspoken Oscar winner says that given the current political climate, the Happiest Place on Earth provides a welcome escape from the strife: “Disney goes on, regardless of who’s in the White House. As long a s families are able to continue to make their children happy by bringing them here, or watching Disney Junior, or whatever they can do to take kids’ minds off the adult stuff, I’m thrilled about it, and nobody does it better than Disney.”

FROM COINAGE: Which Is Cheaper: Disneyland or Disney World?

As for working on International Women’s Day, she says, “I’m not conflicted. The point is that without us, a lot of things don’t function. So someone has to be here to point it out. As I look at this new health care bill, it’s kind of shameful, how it affects women in particular. Anything we can do to remind people that without us, you can’t function. Because if we don’t have any babies, you don’t have a society.” 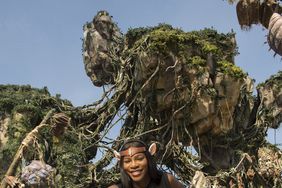 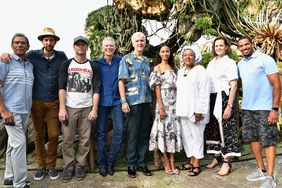 Disney World's New Pandora Made Zoë Saldana Cry — and You Will Cry, Too (It's Seriously That Good) 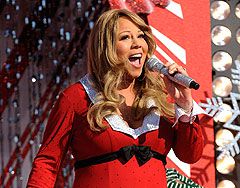