First Look! Peyton Manning and Nick Jonas Lend Their Voices to 'Ferdinand' (and Feel Pretty Bullish About It)

Check out an exclusive teaser trailer for the upcoming animated film Ferdinand, also featuring the vocal talents of John Cena

Surprise! Peyton Manning and Nick Jonas are helping to bring a beloved children’s book to the big screen.

The five-time NFL MVP and the talented musician/actor are lending their voices to the animated film Ferdinand, PEOPLE can exclusively reveal — along with a first look at Manning’s character and the teaser trailer above.

Inspired by The Story of Ferdinand by Munro Leaf and Robert Lawson, the story revolves around a giant bull with a big heart, and features an important message about not judging a book (or bull) by its cover. Manning voices a brash-yet-anxious bull friend of Ferdinand’s named Guapo, pictured below, while Jonas has written an original song for the film called “Home.”

“This experience has been a lot of fun,” Manning says about his first-ever voiceover gig. “I was flattered to be asked by the good folks at Fox and by the creators of this film, Ferdinand. It’s something that I kind of wanted to be a part of, just to be able to watch this film with my kids and to see them laugh knowing maybe that’s their dad up there, onscreen. That’s kind of a cool thing at this moment because of their age and because animated films are so popular with my kids and certainly a lot of kids their age.”

For Jonas, the opportunity to write an original song for the film was a dream come true.

“I’ve always wanted to write an original song for a film, and when they showed me the materials of the movie, Ferdinand, a story I was familiar with, I was thrilled,” he says. “Getting to work with [director] Carlos Saldanha, such an amazing director was really a great thing.”

Jonas says “Home,” which plays in the film and reprises during the end credits, encompasses the film’s theme of acceptance.

“I was so thrilled to be able to do this song with good friends of mine Justin Tranter and Nick Monson,” he says. “We wrote this song about feeling accepted and feeling loved and wherever that place is for you, and for me it’s home, it’s my family, people I have closest to me; and the experiences we’ve shared.”

Ferdinand opens in theaters Dec. 15 — and keep an eye out for the full-length trailer to drop Wednesday. 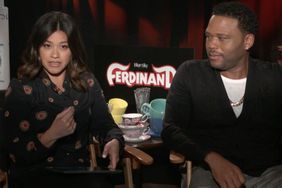 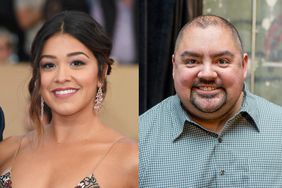