Channing Tatum is taking his talents on the road.

The actor will be making his directorial debut with the upcoming film Dog, which he is currently filming. Tatum will star in the movie and co-direct with his longtime creative partner Reid Carolin from a script written by Carolin and their friend Brett Rodriguez.

Dog is a roadtrip comedy featuring Tatum, 40, as Briggs and a Belgian Malinois dog as Lulu, two former Army Rangers who have to learn to get along while driving down the Pacific Coast in hopes of making it to a fellow soldier's funeral.

PEOPLE has an exclusive first look at two shots of Tatum in production on the movie.

“It’s already been a crazy ride," Tatum wrote on Instagram. "And we’ve only just begun. And if we survive the rest, it will be one of the most insane stories that I’ve ever been a part of. And I’ve been a part of some pretty crazy ones in this life of mine. This photo is from our first day of production on the first movie that my partner Reid and I are directing. This is our story. It’s taken us two years to get it to the starting line. The next eight weeks will be like riding a bull on sickmode in ludicrous speed. God be with us. In Dog we trust."

This is the second major project Tatum has embarked on since the pandemic began. Last month, the actor announced he would be releasing his first-ever children's book, The One and Only Sparkella, inspired by his playtime with daughter Everly, 7. Tatum shares Everly with ex-wife Jenna Dewan.

The picture book, which will be published on May 4, 2021 by Feiwel & Friends, tells the story of a young girl named Ella, who gets teased for her love of sparkly things on her first day of school. But her dad encourages her to continue to wear glittery ribbons and disco-ball shoes. The result is a delightful tale that encourages kids to embrace their individuality — and celebrates the bond between father and daughter.

"To Everly, the most brilliant magical being that I have ever known," the Magic Mike actor writes in the book's dedication, shared exclusively with PEOPLE. "You are my greatest teacher."

"My only wish is for more time in this life to play in all of the magical realms we have created," Tatum continues. "This is also for all Dads that might have a little girl … Wear whatever, dance however, and be as magical as you can. Because I promise they will return the love." 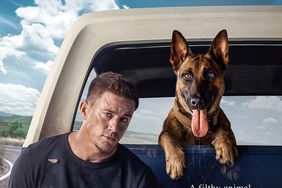 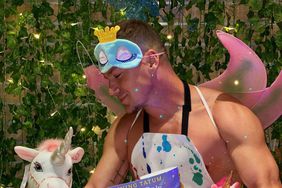 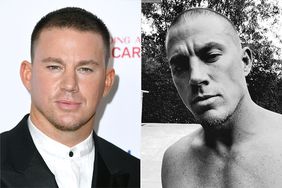 Channing Tatum Shaves His Head After Filming New Movie: 'It's a Bit of a Ritual' 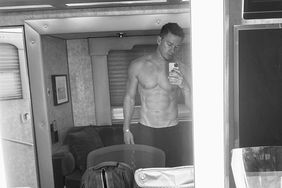 Channing Tatum Posts Shirtless Selfie and Opens Up About His Fitness Journey: 'Finally Back' 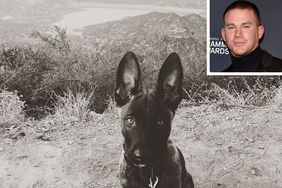 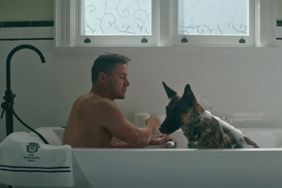