Fifty Shades of Grey will not be losing its original Christian Grey, despite recent rumors that Jamie Dornan would be leaving the blockbuster franchise.

“Jamie is delighted that the film is breaking box office records worldwide and whilst the studio has not made any formal announcements about sequels, he is looking forward to making the next film,” Dornan’s rep confirmed to PEOPLE Wednesday, adding that the actor will not be making further statements for the time being.

The Australian magazine NW had reported that the 32-year-old actor and model was walking away from future films because Dornan’s wife, Amelia Warner, was uncomfortable with the racy sex scenes he shares with 25-year-old costar Dakota Johnson.

Dornan had hinted at his wife’s unease with the film at its U.K. premiere, saying his wife hadn’t seen the film, adding, “And I don’t think she will, to be honest.”

While the studio has yet to green-light a new film, it’s believed that Johnson is signed on for any sequels, while director Sam Taylor-Johnson only signed on for the first film. There have been no discussions on her returning. 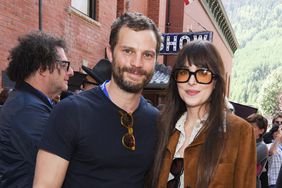 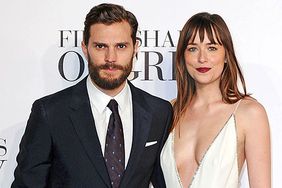 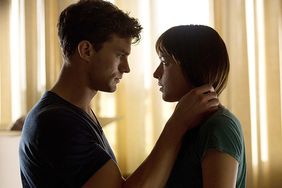 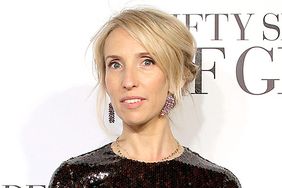